Not many businesses understand the adage that “good news travels fast and bad news travels faster.” In today’s digital and mobile era, any experience – good or bad – can travel globally in seconds. For retail brands, the market is a high-stakes game of exceeding customers’ expectations...

Not many businesses understand the adage that “good news travels fast and bad news travels faster.” In today’s digital and mobile era, any experience – good or bad – can travel globally in seconds. For retail brands, the market is a high-stakes game of exceeding customers’ expectations... 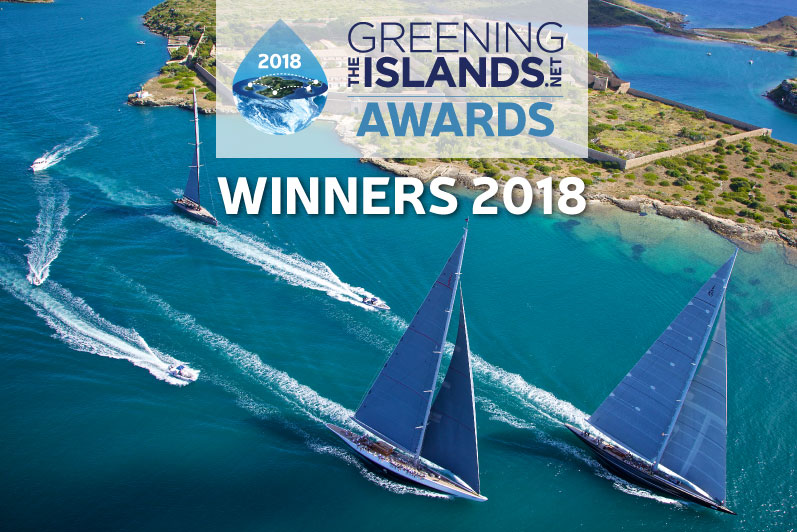 The 4th edition of the Greening the Islands Awards saw recognition for three projects from around the world. They were selected by an international jury and voting by an online community of participants who joined the conference via Greeningtheislands.net.

In the ENERGY category: 100% Renewable St. Helena
The island of St. Helena, in the South Atlantic Ocean, will become 100% self-sufficient through renewable energy in April 2022. This will be achieved through a mixed model of renewable energy production and storage and a targeted strategy to reduce demand through greener and more efficient products and practices.
St Helena’s strategy for 100% renewable energy will make the island a leader among UK Overseas Territories. Using a combination of solar, wind and storage, St Helena intends to reduce its reliance on fossil fuels, high import costs and volatile market prices.
The first phase of the strategy was put into operation in 2014 and 2015 through the expansion of its wind farm and construction of a 0.5MW solar farm. This took overall renewable electricity generation on the island from 9% produced by a windfarm initially constructed in the late 1990s to 29% in the summer of 2015. This has had a major impact on the security of supply on the island and had a positive impact on the otherwise heavily subsidised energy utility.
A Power Purchase Agreement (PPA) is currently being finalised. Phase 2 will develop a 1.5MW + 1656kWh power solution based on Solar PV (500kW), Wind (1MW) and battery storage (1656 kWh). A load management control system will ensure power can be supplied without interruption.

In the WATER category: Chumbe Island Coral Park – a pioneer eco-lodge introducing environmentally friendly technology for water and sanitation in Tanzania
The coastal region of Tanzania is a water poor area with a fast-growing population and booming tourism industry where freshwater resources are largely dependent on seasonal rains, stored in limited aquifers that are prone to saltwater intrusion.
Chumbe Island Coral Park Ltd (CHICOP), a private company with not-for-profit objectives, has turned the small, formerly uninhabited Chumbe Island off the west coast of Zanzibar into a fully protected marine and terrestrial nature reserve. The seven bungalow eco-lodge was constructed in 1994-98 using state-of-the-art eco technologies. Rainwater harvesting systems on all roofs collect rainwater that is filtered through gravel and sand before it is stored in large, closed cisterns to provide fresh water for showers and washbasins. The closed systems prevent breeding grounds for disease vectors such as mosquitoes.
Only composting toilets are used, based on the Swedish Clivus Multrum system, that neither use freshwater nor produce sewage. Organic waste is decomposed and reduced to a nutrient rich, dry matter. The aerobic composting process is powered by a sophisticated ventilation system using small wind-driven wheels on top of the ventilation pipes of the composting chambers that generate an air draught needed for the aerobic digestion of human and organic waste. The pipes reach above the tree canopy for maximum ventilation and an odour-free environment.
Waste water from the showers, washbasins and kitchen pass through artificial wetland systems prior to being released. The waste water from the bungalows passes through gravel and sand filters before entering a sealed vegetation bed containing plants absorbing large amounts of phosphates and nitrates. This system avoids high-energy and industrially manufactured technologies, products and services for water purification. Energy from the sun is used to heat water and to provide energy for lights, freezers as well as sockets for recharging batteries. The ecological technology is used both for guest bungalows, the Visitors’ centre and all staff accommodation on the island.

In the MOBILITY category: Germany’s first LNG-Ferry MS “Helgoland”
Within its islands energy masterplan, the Municipality of Helgoland in 2012 issued a tender for a ferry service contract. The key goal was to get a new ship built with leading technology and operating on lowest-emission fuel possible. The winner of the tender, Reederei Cassen Eils, built the new Ferry MS Helgoland. It was the first German-flagged marine vessel to operate with liquefied natural gas (LNG) as its primary fuel. MS Helgoland started commercial operations in 2015, sailing between the ports of Cuxhaven and Helgoland. Today, MS Helgoland is the area’s most valuable ferry for transporting freight and passengers. Furthermore, it has triggered further ship buildings for the ferry connections between Helgoland and the mainland. In 2016 passenger numbers grew by 19%. The transportation project was a keystone in the islands’ masterplan to reduce emissions an inspire tourists for an eco-friendly vacation. Over 100,000 passengers have experienced this modern and environmentally friendly way of transportation in 2016 and 2017.

The Greening the Islands jury awarded a special prize for sustainability on islands to the famous Philippine island of Borocay for its decision to close to tourists for six month protect the environment and allow it to recover from sustained environmental damage. The island each year serves 2 million guests and its government needs to clean up the area and make sure Boracay returns to a level of human impact in line with its natural capacity. The government has declared the island a “critical area” and started to remove constructions that have been built in fragile areas or that have a significant impact on the ecological system.

With this prize, Greening the Islands is opening its horizons to a new geographical area with the aim of extending its work to the Asia Pacific region.