In response to the COVID-19 crisis, Corsica is deploying exceptional measures 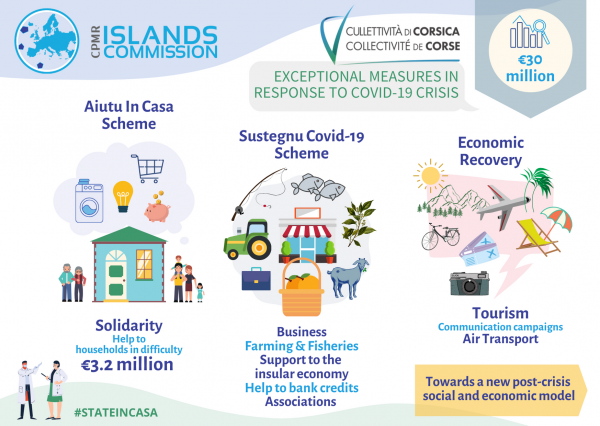 Affected by the COVID-19 crisis at the beginning of March like the entire French territory, Corsica, the Region chairing the Islands Commission Presidency, quickly implemented exceptional health, economic and social measures to counter the effects of the crisis and prepare under the best possible conditions for the post-crisis, for all local economic operators  in particular for the tourism sector.

In order to deal with the increasing numbers of sick people, Corsica has tripled the number of beds in intensive care. Currently, the island has several centres to treat patients suffering from COVID-19, as well as confinement centres for patients who were hospitalised and are in remission. On 4 April, President Simeoni spoke on behalf of many voices at local level, both in medical and political fields, and called for Corsica to become a pilot territory to participate in clinical trials on chloroquine. He highlighted the constraints that insularity imposed in terms of care and “the specific difficulties” caused by particular island characteristics (Open Letter to French Prime Minister Edouard Philippe, 4 April 2020).

Like health measures, economic and social measures are being implemented to preserve the economy and insular inhabitants as much as possible. Since 12 March, the Corsican Territorial Collectivity, in collaboration with the Prefecture, set up a support and action cell for Corsican businesses, allowing them to benefit from support during this period. In addition to national measures, on 26 March the Corsican Collectivity also activated a plan of 30 million Euros for certain communities and businesses in three strands.

The first strand, for people and households in difficulty, poverty, or in a precarious or vulnerable situation, is centered on the “Aiutu In casa – Covid-19” scheme. This measure, with a budgetary envelope of 3.2 million Euros, will initiate a solidarity system for modest income households, who are suffering from a decrease in their incomes with the COVID-19 crisis, by covering part of the rent and rental costs during the period of confinement (by the payment of maximum lump sum of 150 Euros).

The second component aims to safeguard the island’s economic fabric. The Territorial Collectivity has implemented several measures to strengthen cash support mechanisms and facilitate access to bank credit. These measures include the creation of a specific solidarity fund for island companies, the “Sustegnu – Covid-19” fund. In partnership with the Chamber of Commerce and Territorial Industry, the Corsican Collectivity will also participate in the financing of a 120 million Euro scheme for companies registered in the Register of Trade and Companies. Special support is given to agricultural and fishing actors, and economic sectors particularly affected by the crisis. The Agricultural and Rural Development Office of Corsica will also buy unsold stocks from the sheep and goat sectors during the crisis, for example. For its part, the Environment Office of Corsica, in consultation with the professional sector, is also rallying to preserve Corsican fishing, pending the adaptation of the EMFF mobilisation rules (European Maritime and Fisheries Fund).

The third strand prepares for the recovery of the Corsican economy and the construction of a new post-crisis economic and social model, preserving the key sectors of the island economy that have been particularly impacted. Special attention is of course paid to the tourism sector, which accounts for 24% of island GDP. Since the beginning of the crisis, the Tourism Agency of Corsica (ATC) has started a crisis exit strategy with the sector’s socio-professionals. In 2020, 3.8 million Euros will be spent on an exceptional communication campaign aimed at preserving the market shares of the Corsican destination. The Executive Adviser in charge of European Affairs and President of the Tourism Agency, Marie-Antoinette Maupertuis, also announced that the ATC plans to launch “a commercial campaign to encourage transporters to make commercial gestures to users” (Interview for Nice Matin, 11 March 2020). In addition, tax measures will soon be put in place to ensure a quick opening without major losses. A crisis unit has been also set up specifically for tourism actors. Last but not least, support measures are being implemented to preserve Air Corsica and its jobs, as Air Corsica is a strategic company for Corsicans (https://www.corsematin.com/articles/tourisme-le-temps-des-inconnues-en-corse-108604). Dialogue will also be carried out with Air France, to ensure the continuity of public service and the defense of Air France staff’s interests from Corsican ports of call.

All the measures proposed by the Executive Council of Corsica will be debated at the plenary of the Corsican Assembly and submitted to the vote. They will also require, for some of them, a modification of aid regulations and a reconfiguration of support schemes. The emergency and economic and social safeguarding plan of Corsica will be extended and completed by measures in the medium and long-term. This will will make a point of focusing on consulting and involving the various economic and social actors, as well as the State and the European Union, to move together towards a new “economic and social model, replacing at the centre of the social contract, the logics of solidarity, proximity, essential public services not subject to the law of the market, sustainable development” (Press release on 26 March from the Executive Council on the emergency and economic and social safeguarding plan for Corsica). 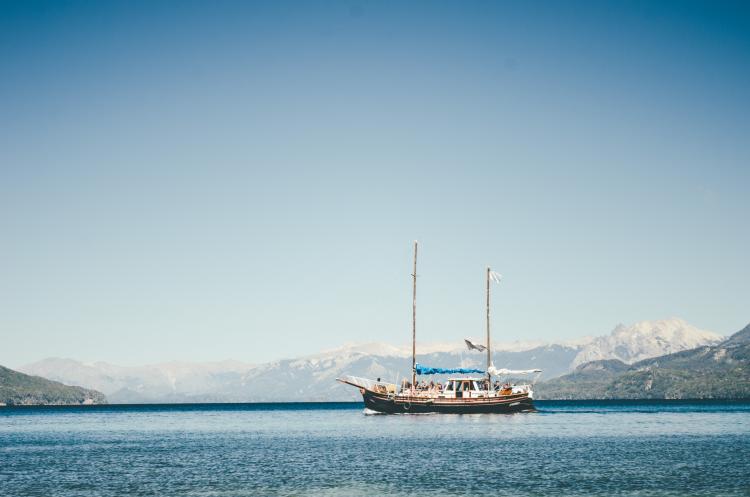