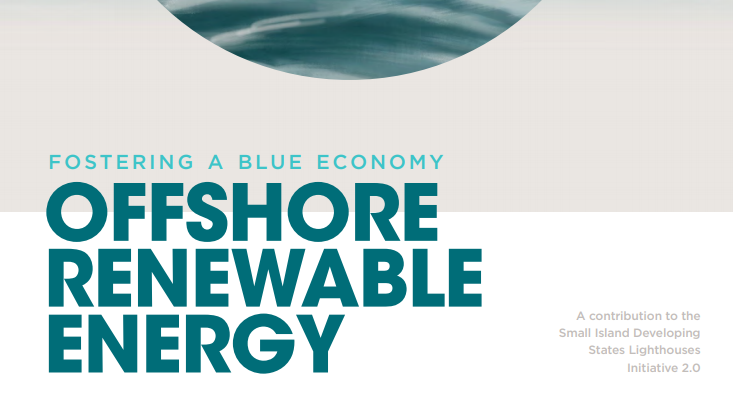 Offshore renewable energy – including offshore wind and solar power, as well as emerging ocean energy technologies – could support sustainable long-term development and drive a vibrant blue economy. For countries and communities around the world, offshore renewables can provide reliable, stable electricity, as well as support water desalination and aquaculture.

This report from the International Renewable Energy Agency (IRENA) considers the status and prospects of offshore renewable sources and recommends key actions to accelerate their uptake.

The development of renewable sources and technologies at sea promises to spur new industries and create jobs in line with the global energy transition. Offshore wind towers, with either fixed or floating foundations, and floating solar photovoltaic (PV) arrays offer clear technological and logistical synergies with the existing offshore oil and gas industry.

Offshore renewables could provide clean power and ensure energy security for small island developing states (SIDS) and many of the least-developed countries (LDCs).

See an overview their key findings.

IRENA prepared the two studies in support of the SIDS Lighthouses Initiative.