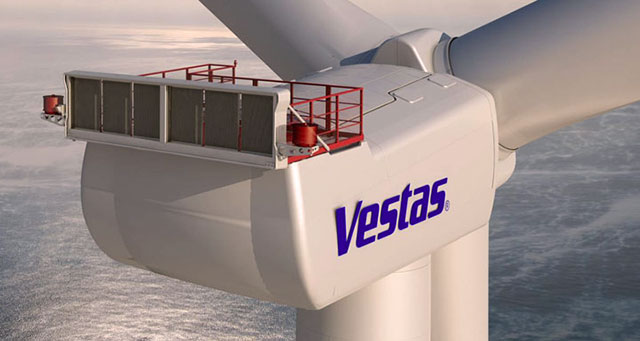 Vestas has received an order for 42 MW for the Långnabba wind farm. The project will be developed by Vind AX AB, a Finnish developer and independent power producer, and a new Vestas customer. The project will be located on the Åland Islands, in the Baltic Sea, between the Finnish and Swedish mainland.

As Åland’s largest wind power project to date, the project leverages the versatility of Vestas’ 4 MW platform, comprising ten V136-4.2 MW wind turbines with 112m of towers. To ensure maximized energy production over the life of the wind project, Vestas and Vind AX have signed a 25-year Active Output Management 5000 (AOM 5000) service contract. Under this contract and in support of job creation in the Åland Islands, Vestas has engaged Allwinds AB, a local service provider, to support the Vestas service team on the Långnabba wind project.

“We are delighted to have contracted the wind turbines for Långnabba with Vestas, which has a long experience and solid knowledge in the wind industry,” says Leif Nordlund, Project Manager at Långnabba. “Having closed a service agreement, anchored locally through Allwinds, they will be Vestas’ extended arm in Åland in terms of turbine maintenance.”

“We are delighted to have been awarded this project and we look forward to supporting Vind AX AB in an initiative that will see Åland’s energy consumption be powered by 65% ??wind energy, a significant jump from 18% in previous years. Winning the contract is further proof of Vestas’ ability to help Finland transition to a green energy system, ”says Nils de Baar, President of Vestas Northern & Central Europe.

The Långnabba wind project at its location on the Åland Islands is characterized by a very demanding grid environment with extraordinarily low short-circuit ratios, making it prone to instabilities. Leveraging its industry-leading network capabilities, Vestas has developed project-specific settings in control parameters, involving both the key components of the wind turbine and the power plant controller. This configuration will ensure a profitable and reliable connection between the wind project and the grid.

“The highly customized power plant solution for Långnabba demonstrates Vestas’ commitment to technology leadership in the grid field. We continue to add valuable levers to enable and improve projects in similar weak network topologies, a condition we anticipate will become more and more prevalent in the future, ”said Jan Hagen, Vice President Technical Sales for Central and Northern Europe at Vestas Power Solutions.

Once launched, the project will produce more than 130 GWh of energy per year, corresponding to the electricity consumption of approximately 10,000 households on the Åland Islands.

With this agreement, Vestas strengthens its presence in the Finnish wind market, where we have installed approximately 400 wind turbines with a total capacity of almost 1.3 GW to date.

The contract includes the supply, installation and commissioning of the wind turbines, as well as a VestasOnline® Business SCADA solution, which reduces the downtime of the turbines and thus optimizes energy production.