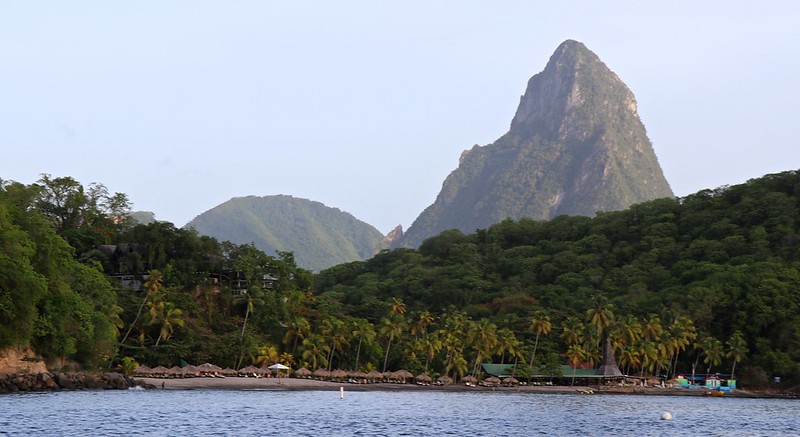 Projected reductions in greenhouse gas emissions are falling “far short” of what is required to achieve the targets of the Paris Agreement.

That is according to the United Nations Framework Convention on Climate Change (UNFCCC), which released its Nationally Determined Contributions (NDC’s) Scorecard today, Feb 26.

NDC’s are the plans each nation outlines to build resilience to climate change in areas such as mitigation, adaptation and climate financing.  Those plans are critical to fulfilling the goals of the Paris Agreement, in particular, an urgent target of keeping global average temperatures well below 2 degrees Celsius above preindustrial levels.

The NDC’s considered in the report makeup 40 percent of Paris Agreement signatories and account for about 30 percent of global greenhouse gas emissions in 2017.

“For limiting global warming to below 2 degrees Celsius, carbon dioxide emissions need to decrease by about 25 percent from the 2010 level by 2030 and reach net zero around 2070,” the report said. “The estimated reductions fall far short of what is required.”

The first NDCs were submitted in 2015 and require updating every 5 years, with increasingly ambitious targets for combating climate change.

The report states that many countries have strengthened their commitments to “reducing or limiting emissions by 2025 or 2030”, but called for amped-up mitigation pledges.

“Deep reductions are required for non-carbon dioxide emissions as well,” it stated, adding that the projections highlight “the need for parties to further strengthen their mitigation commitments under the Paris Agreement”.

Reporting countries registered mitigation measures in industry, agriculture and waste as priorities to achieving their targets. Energy is another pillar of mitigation with renewable energy generation seen as one of the most critical initiatives to providing clean power to populations. Clean energy and a transition to more efficient modes of transport were hallmarks of several NDC’s.

One noted difference between the old and new commitments is a focus on adaptation. There is increased attention to National Adaptation Plans, which complement the Sustainable Development Goals. Food security, disaster risk management, coastal protection and poverty reduction are listed as priority areas in adaptation.

The report also states that some of the countries which submitted renewed NDC’s are aligning their commitments to broader national policy agendas that are based on a transition to sustainable, low-carbon economies. Saint Lucia, in the Caribbean, is doing just that.

Saint Lucia submitted its first NDC’s in 2015 and its renewed pledges in January 2021. That country’s commitments are prefaced with the reminder that as a small island developing state, it is disproportionately vulnerable to external economic shocks and extreme climate-related events that can instantly erase decades of its development gains.

Saint Lucia’s previous commitment was a 2 percent reduction in emissions by 2030. Leo said the updated NDC not only reflects increased ambition, but the country is proud of its focus on gender, children and youth.  Saint Lucia’s Gender Relations Department is developing a national gender equality policy and strategic plan, which includes environmental sustainability and climate change as priority areas. According to the report, countries are embracing gender integration to boost the effectiveness of their climate plans.

The NDC’s also explored finance and implementation. For a world still battling COVID-19, the pandemic was cited by many countries, but it might be too soon for an assessment of its impact on the NDC’s. The report stated that longer-term effects will depend on the duration of pandemic and recovery efforts.

Saint Lucia is confident of achieving its NDC’s despite the pandemic. Rattigan-Leo says with the right investments and partnerships, Saint Lucia can harness resources to sustainably support and achieve its targets.

“Economic recovery efforts around COVID-19 will require strategic partnerships and investments that focus on resilience and green recovery. As such NDC-related initiatives particularly those on renewable energy and energy efficiency are emphasised for pursuit in the next 5 years.”

The UNFCCC’s scorecard is an initial report. It is based on information from 48 NDC’s that represent 75 members of the Conference of the Parties of the UNFCCC.

The final version is scheduled for release before the Glasgow Climate talks in November and will contain the most up-to-date information. Data and commitment from some of the world’s largest greenhouse gas emitters are absent from this report including India and the United States. China, the top emitter, is not represented.