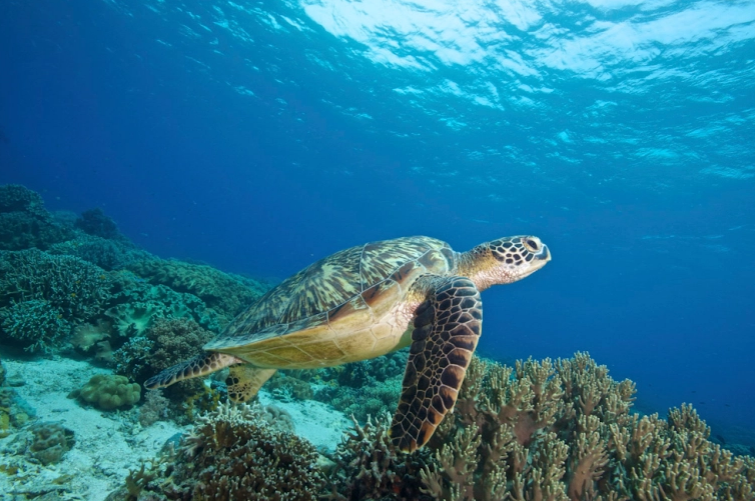 Ambitious initiative to protect area larger than South American continent aims to ensure the world’s seas will no longer be ‘out of sight, out of mind’.

A new global marine initiative has been launched to protect and conserve 18 million square kilometres of the ocean (seven million square miles) over the next five years, an area larger than the continent of South America.

The collaboration, known as Blue Nature Alliance, established on Wednesday is led by several philanthropic organisations and plans to work with national governments, local communities, Indigenous peoples, scientists, and academics.

“The ocean is in crisis,” said Karen Sack, the president and CEO of Ocean Unite, one of the organisations joining the Blue Nature Alliance. “The threats it is facing are many.”

The Blue Nature Alliance could significantly assist marine conservation and increase ecosystems’ resilience, especially as it aims to work closely with the local communities most affected by climate change, its supporters say.

“This is a partnership that will help us take a big step in the right direction,” said Tony Worby, the CEO of the Flourishing Oceans programme at Minderoo Foundation.

“Quite often we think of the oceans as ‘out of sight, out of mind’ … but oceans are absolutely fundamental to our society and our economy.”

Oceans cover more than two-thirds of Earth’s surface and their health greatly affects the wellbeing of humanity, especially among communities living in coastal or small island areas.

Across the world, oceans are under severe stress. Marine pollution such as plastic waste and chemical runoff has long been recognised as responsible for killing off large populations of marine species.

Abandoned fishing gear – more than 640,000 tonnes are dumped into the ocean annually – is a particular problem, ensnaring everything from turtles to whales and in the Pacific Ocean, the 1.6 million sq km (618,000 sq miles) Great Pacific Garbage Patch continues to grow.

“A healthy ocean is key to our existence,” said Aulani Wilhelm, the senior vice president of oceans for Conservation International. “It provides nutrition and employment for a majority of people around the world and half of the oxygen each of us breathes.”

Warming oceans as a result of climate change could lead to the collapse of crucial coral reefs such as Australia’s Great Barrier Reef and more frequent extreme weather events at sea are causing severe coastal erosion, threatening homes and livelihoods.

It is now widely agreed that at least 30 percent of coastal and marine areas will need to be protected to maintain a functioning and resilient ocean. This goal is expected to be adopted at the UN Biodiversity Conference later this year.

Marine-protected areas (MPAs) are oceanic areas that are set aside for long-term conservation. The world adopted its first international targets on marine protection in 2004 through the UN Convention on Biological Diversity.

One of the Convention’s targets was to protect at least 10 percent of coastal and marine areas by 2020. The latest data shows this target was missed by a substantial margin, with just 7.65 percent of the world’s oceans protected today.

There remains some debate about whether marine protected areas actually help conserve and restore the world’s oceans.

While the size of marine areas covered by protection agreements has increased significantly over the past few decades, many are actually located in remote regions with low levels of biodiversity.

Additionally, two-thirds of the world’s MPAs are what are known as large-scale MPAs, or areas measuring more than 100,000 sq km (38,610 sq miles), and most still allow fishing, mining and drilling.

Some critics argue that the effect of protecting large and remote marine areas is minimal, as these regions were not under significant threat anyway, or that MPAs only protect against one type of threat: overfishing. Another concern is that many MPAs are created without particular aims in mind.

The Great Barrier Reef is one case where being designated a protected area has not brought significant conservation benefits. Despite being one of the best-protected marine parks in the world, its corals are regularly experiencing severe bleaching and death.

Supporters say that if marine protected areas are well-governed and effectively managed, they safeguard habitats and marine species. This sort of protection is particularly critical for areas such as sea-grass beds, coral reefs, and mangroves, which represent breeding grounds for many species and help protect coastal lands from extreme weather.

MPAs also store significant amounts of carbon, meaning they can assist in the fight against climate change. UN Secretary-General Antonio Guterres told a press conference on Monday that the lack of action on climate change had placed the world “on the verge of the abyss”.

Most scientists and academics believe that establishing marine protected areas is worthwhile.

Bethan O’Leary, a marine scientist at the University of York, says research indicates that all marine-protected areas are valuable, no matter their size, classification, or objective.

What is most important, O’Leary says, is that the limited resources for environmental protection are invested wisely.

Large-scale efforts such as the Blue Nature Alliance are generally welcomed by the island communities who rely most heavily on healthy marine ecosystems.

One of the leading organisations of the Alliance, Conservation International, is already working with Fiji’s Lau Province to conserve marine resources. The organisation supported the development of a seascape strategy and helped communities from more than 30 percent of the province ban night-time spearfishing. The ban ensures that fish can breed and restock naturally.

Roko Josefa Cinavilakeba is the “roko sau” (head chief) of Totoya in Lau Province and community and government relations director for Pacific Blue Foundation. He says the limited resources of communities like his means they need support from regional and international initiatives.

“We are small remote islands scattered over the vast ocean with limited resources,” Cinavilakeba said. “Our traditional leaders have developed unique qualities through generations for leading our people in a sustainable way.”

“The Blue Nature Alliance has provided the much-needed support to integrate scientific conservation efforts with our own, propelling us to the future as a more resilient community.”

James Glass, the chief islander of Tristan da Cunha in the south Atlantic Ocean, agrees, saying that “long-term financial mechanism[s] … will help us protect our island home and our waters for generations to come.”

In addition to its initial commitments, the Blue Nature Alliance plans to engage in marine conservation efforts across two million sq km (772,204 sq miles) of the ocean in Canada, Palau, Seychelles, and the Western Indian Ocean.