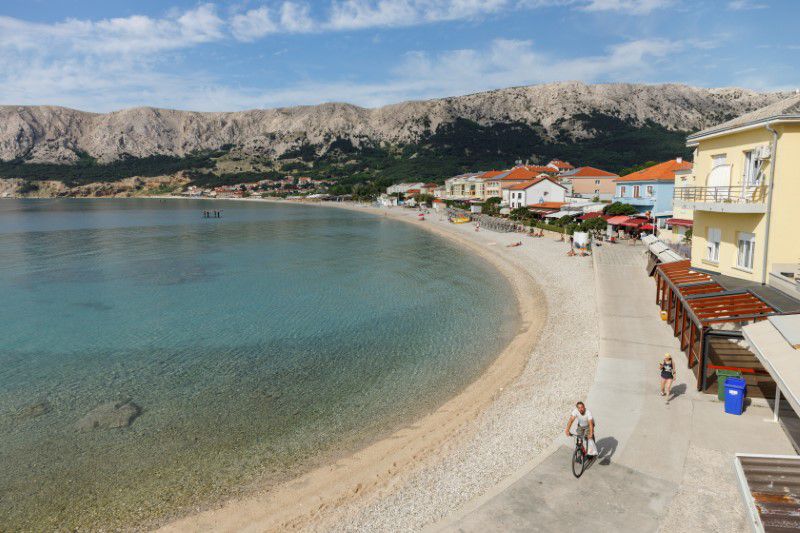 NJIVICE, Croatia, June 18 (Reuters) – The northern Adriatic island of Krk, among the biggest in Croatia, looks headed towards energy self-sufficiency by the end of the decade in what environmentalists say is an example for the Mediterranean in transition to green and sustainable power.

Several years ago local environmentalists ordered a feasibility study from Germany which showed a potential of Krk becoming energy-independent in future.

“The study said that we could produce 150 gigawatt-hours (GWh) of electricity annually and at the moment we consume 112 GWh. The targeted mix is 60% of solar power, 30% wind and 10% biomass,” said Vjeran Pirsic from local environmental group Eko Kvarner.

“Each year the number of small solar plants is steadily growing. The whole plan of energy self-sufficiency would cost some 72 million euros ($86 million),” Pirsic said.

The island currently produces 10% of its overall target from solar power, but the number of new small solar plants is growing at a pace of around 100 each year.

“We’re working parallel to the smart grid which is key for the sustainability of the power from renewable sources to avoid black-outs,” Pirsic said.

He said the goal was to make Krk the first medium-sized Mediterranean island to phase out carbon emissions and achieve energy self-sufficiency.

The financing is not seen as an obstacle, as the funds would come from the island’s municipal budgets and European Union combined with investments by citizens and firms located on Krk as many of them back the idea.

Dean Kosic from the local waste management company Ponikve is one such example.

“We produce the energy in our solar plant and we consume some 90% of what we produce in our facilities for waste sorting, in our business premises and for driving the company electric cars,” he said.

“There are already many tourists prone to choose a destination depending on its attitude towards environment,” said Nedo Pinezic from the local tourist association. “Our promotion of Krk as a destination which pays special attention to clean energy and its pristine environment brings an immense advantage.”