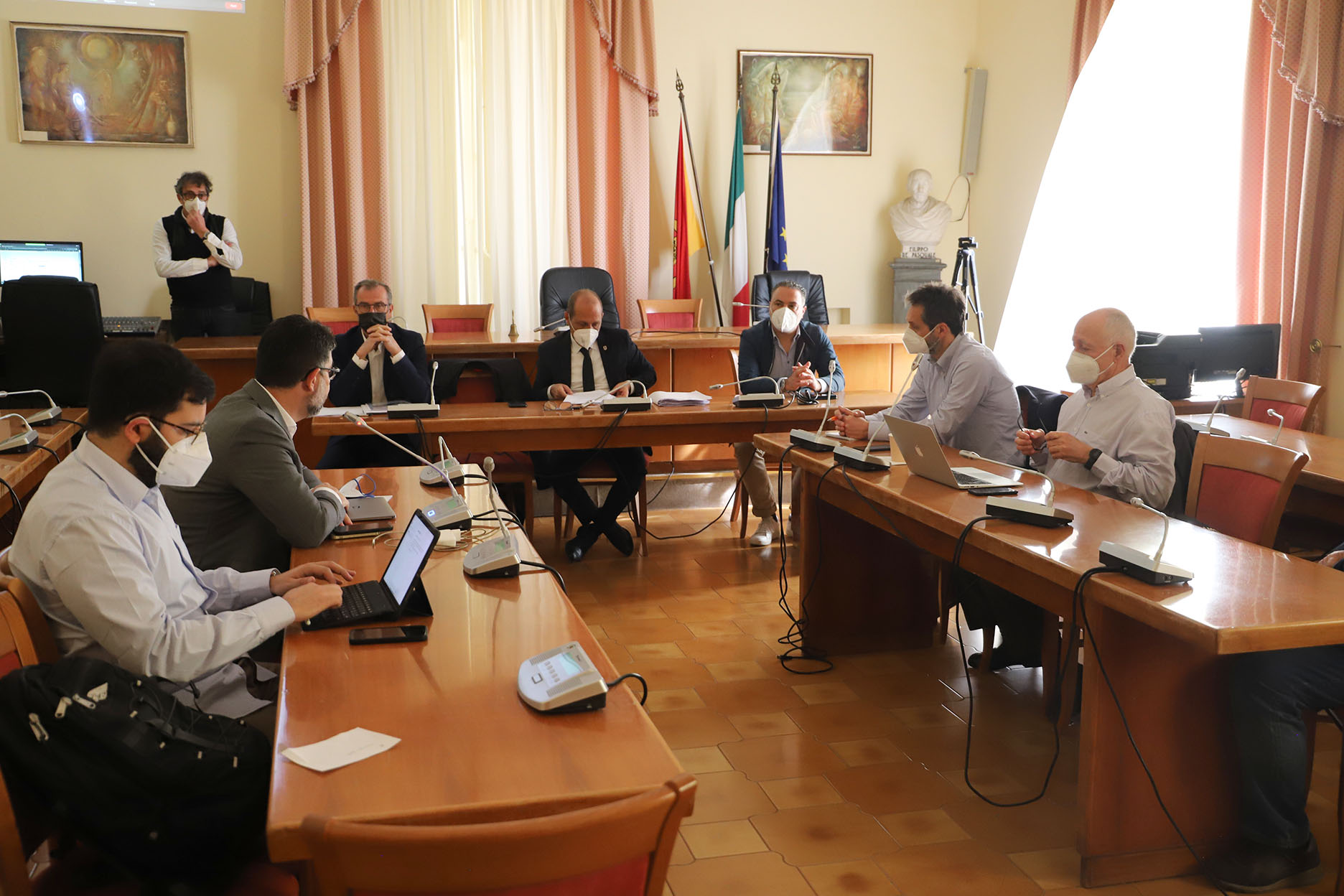 Find all the information about the event at this link:

The GTI Observatory organized a high-level meeting with the main stakeholders of the island of Lipari. The meeting, part of the GTI Observatory process for the Green Island Member category, which Lipari is part thanks to the Aeolian Islands Preservation Fund, was hosted by the island’s municipality on April 28, 2022. A session dedicated to Lipari was followed by a national session to address incentive policies and authorization processes in Italy. 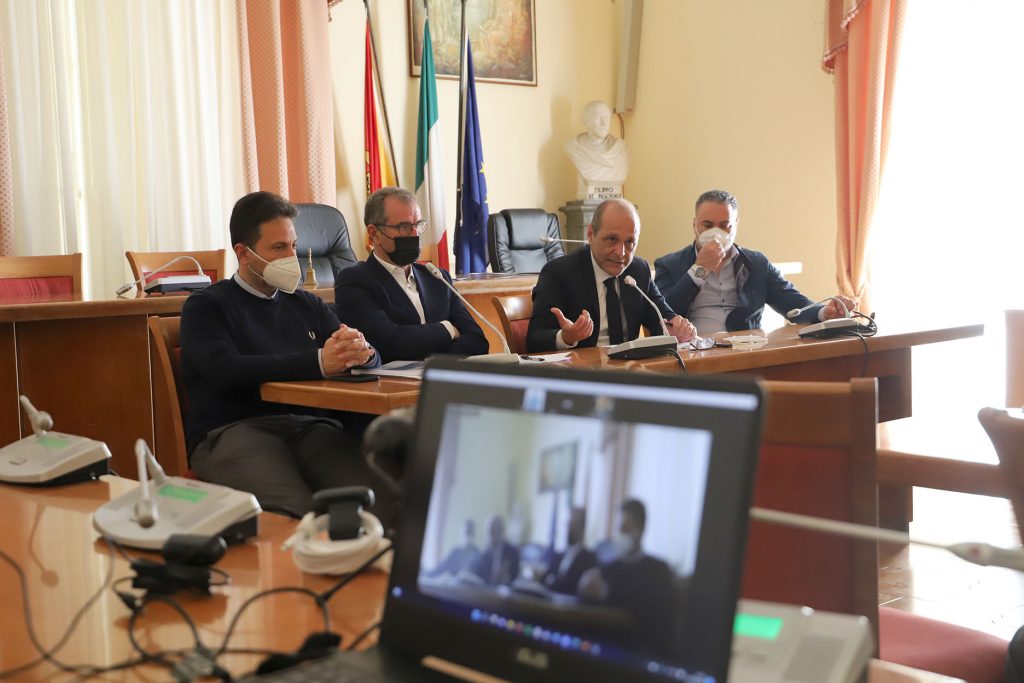 Marco Giorgianni, Mayor of Lipari introduced the meeting saying: “Decarbonization is a commitment that goes beyond the administrations’ mandates but must be sustained over time for the good of our islands, their economies, inhabitants and environment. For this reason, we have joined the GTI Observatory and established a close cooperation, including the joint application to EU tenders for innovative projects”. 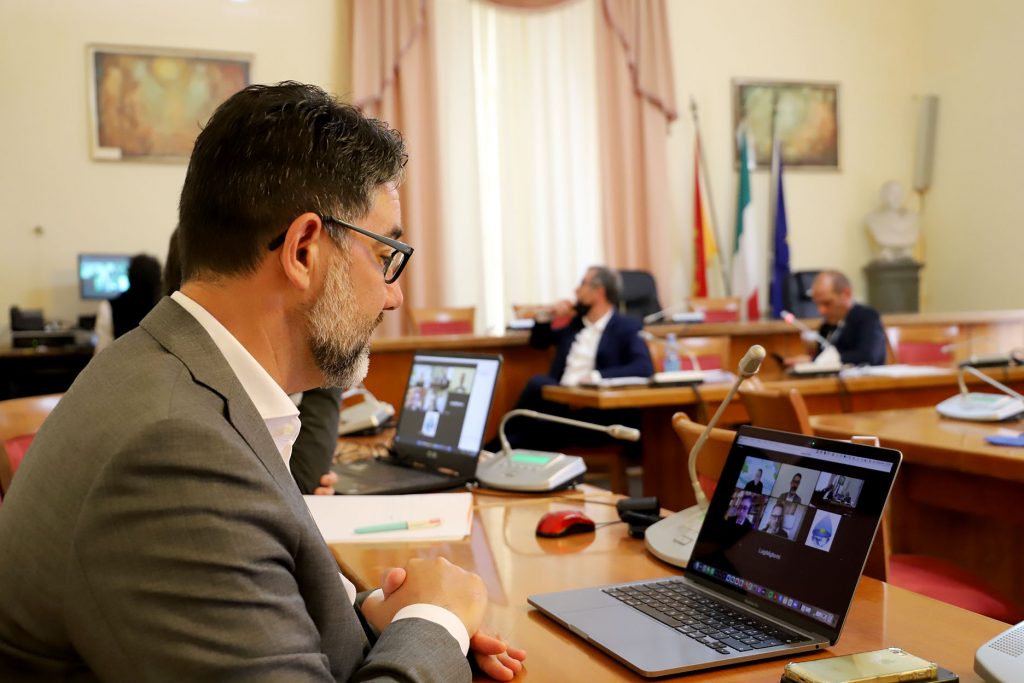 Gianni Chianetta, Founder & Director of GTI said: “The GTI Observatory has the objective of carrying out a thorough analysis of problems and solutions so that Lipari can reach the highest level of sustainability attainable with the current technologies. Today in fact, there are innovative solutions that can allow islands to make remarkable progress in electric mobility, water cycle, renewables, and many other fields. We need to address problems related to know-how and policy and in this sense, Lipari can become a testbed to refine legislative instruments for all other islands.”

The meeting inspected how Lipari can achieve the sustainability objectives presented in the PAESC (Action Plan for Sustainable Energy and Climate, part of the European Community initiative called Covenant of Mayor for climate & Energy) which foresee for the entire municipality the reduction of greenhouse gas emissions by 58.8% by 2030 with a share of energy efficiency for 35% and renewable sources for 23.8%.

Particular focus was dedicated to an overview of the current status and main challenges in the water and energy sectors, two highly interconnected themes. Innovative solutions were explored and entities to be involved were identified thanks to the participation of island authorities, GTI specialists and corporate members of the Observatory Enel X, Enphos, and REair.

Renewables are of course key for the island’s decarbonization and Lipari and the other Eolian islands can count on extraordinary natural resources that make it possible to look at distributed solar PV, mini wind power systems, geothermal, and green hydrogen. According to an analysis performed by GTI reported by the GTI Energy Specialist Attilio Piattelli, installing 25MW of renewable power would be enough to cover 100% of Lipari’s energy needs. Yet efforts are necessary to raise awareness in the territory and to enhance cooperation among the entities involved.

In particular, retrofitting and extension of Lipari’s existing solar PV plant – which is obsolete and was never able to power the island’s desalination plant – was discussed in depth. A feasibility study conducted by GTI confirmed the entire new system could account for 5MW of installed power (thus 20% of the island’s energy needs), and provide clean electricity to the desalination plant, which today is powered by a dedicated diesel plant at higher economic and environmental costs.

Also, an energy community could be set up with an estimated 800kW rooftop solar on public and private buildings in Lipari alone. There are already several good practices in Italy demonstrating how to use of the State incentives: while citizens benefit from self-consumption, the municipality receives the feed in tariff and can decide how much to distribute and how much to reinvests it in the community.

Roberto Sannasardo, Energy Manager of the Sicily Region, who participated in the meeting, offered to act as a promoter for a subsequent meeting aimed at accelerating the authorization processes by Sicily Region, with particular reference to the protection of the cultural heritage to which the Aeolian archipelago is subject.

Also the Lipari Electric Company, which actively participated in the meeting, made itself available to collaborate with GTI, the Municipality of Lipari and the Sicily Region to accelerate the decarbonization process of the island.

The meeting also explored issues related to water management and quality, truly a global challenge. An improvement of Lipari’s water grid – which today has 40% losses – is highly needed, while many areas on the other islands of the archipelago are not reached by the grid at all, which poses challenges not only for inhabitants but also for agriculture. The GTI Water Specialist Emilio Gabbrielli confirmed that the latest desalination technologies, coupled with renewable systems and remineralization, are able to ensure production of freshwater of high quality.

With much-needed simplifications in the authorization procedures, a virtuous water cycle could be set up, reusing wastewater and brine (a byproduct of the desalination process) as important resources to reduce costs related to the supply of freshwater dramatically, as suggested by prof. Giorgio Micale, Engineering Department of the University of Palermo.

Luca Del Bono, Chairman of the Aeolian Islands Preservation Fund said: “The Aeolian islands are UNESCO heritage and have enormous potential to become sustainability models for the Mediterranean and for the world. Their environmental peculiarities should be more protected, making sustainability the banner of the territory”.

Obviously, islands need special attention and financing by the central governments. Thanks to the participation of the Ministry of Ecological Transition (MiTE) and the Regulatory Authority for Energy, Networks and the Environment (ARERA) in the national session of the meeting, the Italian “Minor Islands” Decree was discussed, including ways to improve it now that it is going to be refined for the next 5 years, and disseminate it abroad.

The decree foresees an innovative financing tool for non-interconnected islands that foresees a tariff to promote the deployment of renewable systems. The tariff is calculated on the basis of the economic savings resulting from a reduced necessity of diesel provision. Among the other suggestions to make the instrument more effective, the GTI Observatory advised the government authorities to adjust the tariffs to make investments more convenient, include energy storage systems in the incentives, and reduce the authorization barriers. If improved, the instrument could really become a great asset to be disseminated in all islands for their sustainable transition, and Italy could play a protagonist role.

Furthermore, Chianetta and Giorgianni together made an appeal to promote public-private partnerships also through public funds linked to the National Recovery and Resilience Plan, part of the Next Generation EU (NGEU) program.

Andrea Galliani, Deputy Director of Wholesale Markets and Environmental Sustainability Department, ARERA, and Daniele Novelli, Member of Technical Secretariat of the Directorate General for Procurement, Energy Efficiency and Competitiveness, Electrical and Thermal Renewables Area, MiTE took part in the session to hear feedback from GTI, Lipari and the National Union of Minor Electricity Companies (UNIEM), also connected to the meeting, and discuss solutions to speed up projects origination on the islands.

Christian Del Bono, President Federalberghi Sicily Minor Islands said: “Thanks to the GTI Observatory, the municipality of Lipari becomes part of a network of islands committed to sustainability, from which we hope that cooperation between islands on sustainable tourism at international level will arise, starting with those of the Mediterranean”.

“It was an operational meeting that saw a concrete dialogue between the entities involved on the island and the creation of a committee that will carry out the solutions that have been identified during the meeting. We intend to study the applicability of these solutions also in the other islands of the Aeolian archipelago and on the other Sicilian minor islands”, concluded Gianni Chianetta.

The next GTI Observatory meeting will be held in Gozo, Malta, at the end of May 2022, bringing together key Maltese stakeholders and authorities, as well as leading international institutions and innovators to explore solutions in support of Gozo’s strategy for sustainable transition, as a pilot for the decarbonization of the entire island state. 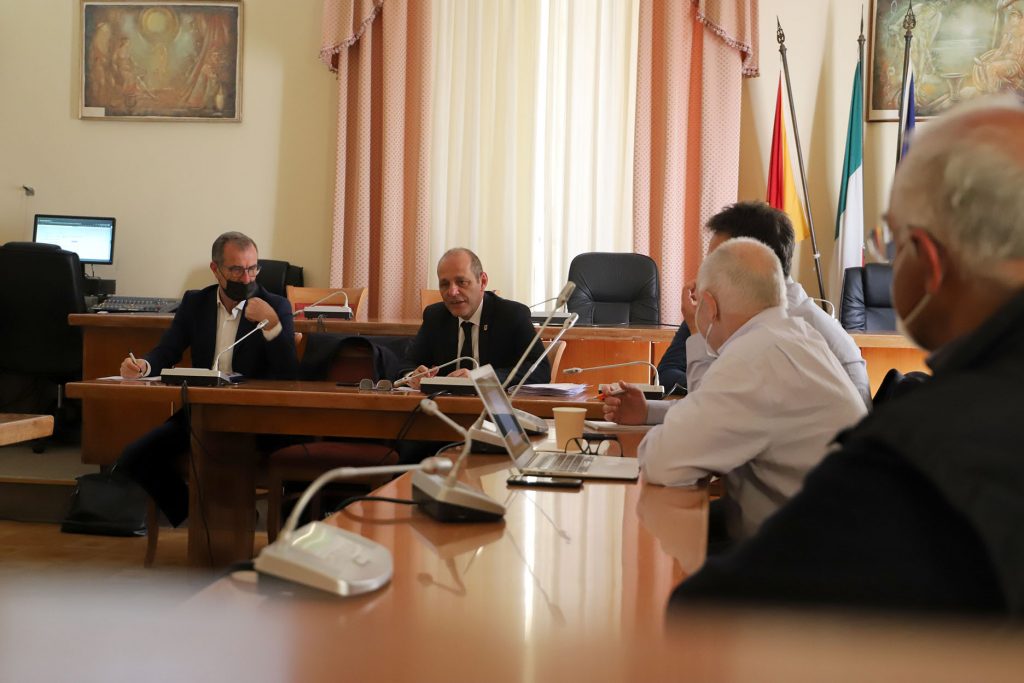