Greening The Islands > News & Blog > News > ‘Cash, coal, cars and trees’: what progress has been made since Cop26?

‘Cash, coal, cars and trees’: what progress has been made since Cop26? 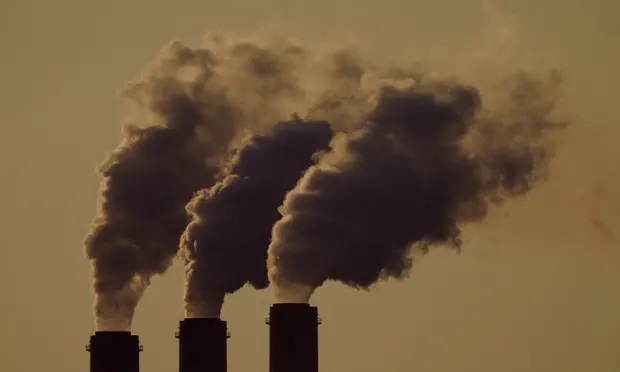 Six months on, the war in Ukraine and ongoing Covid-19 pandemic have derailed some changes agreed on in Glasgow

In the run-up to Cop26, the UK government used the mantra “Cash, coal, cars and trees to keep the world to 1.5C” to highlight four key areas on which the conference would focus.

At Cop26, rich countries were supposed to fulfil a longstanding promise, made in 2009, to provide $100bn a year in climate finance to the developing world from 2020.

The actual amounts provided are still falling short, but developed countries did produce evidence that they would meet the promise this year or next, with the five-year average from 2020 to 2025 at around $100bn. Developing countries have also been promised a new financial settlement that would see greater flows from 2025, with details yet to be decided.

In the months since, however, there has been little advance on the Cop26 promises of cash. Rachel Kyte and Lord Stern, both former top World Bank officials, told the Guardian of several concerns over the World Bank’s programmes on climate. Stern said the bank’s resources would be stretched by the additional strains of high energy and food prices around the world, and the effects of the war in Ukraine.

Kyte cast doubt on whether the World Bank was truly committed to the climate fight: “[The World Bank’s] weak showing at Glasgow and continued questions about their appetite for urgent action has meant that coalitions form without them at the helm. Broader questions of whether the Bretton Woods institutions are fit for purpose for the climate crisis grow.”

The private sector has also come under closer scrutiny. The GFANZ network – the Glasgow Financial Alliance for Net Zero – was announced with fanfare by Mark Carney, former governor of the Bank of England and UN climate envoy. It is unclear, however, how much of that is flowing to the poorest countries that need it most.

There are also questions, raised by the Guardian’s carbon bubble investigation, over whether investors are pouring more money into fossil fuels, now enjoying a bonanza, rather than clean tech. There is little in the GFANZ rules to stop them. Carney said it was the job of governments to regulate and provide incentives that would encourage capital into the right directions: “Finance will not drive the net-zero transition on its own. Finance is an enabler, a catalyst that will speed what governments and companies initiate. If there is commitment to move to a sustainable, resilient and fair energy system, and the right policies are made, finance will be there.”

Coal was a clear focus of Cop26, though some of the successes the UK initially trumpeted for commitments to phase out coal turned out to be less solid than claimed. In the closing moments of the talks, coal also became a flashpoint as China and India refused to sign up to a “phase-out” of coal, and insisted on changing the term to “phase-down”.

Since then, new evidence has emerged of coal expansion as recovery from Covid has quickened, and the war in Ukraine has spurred some countries to consider a return to coal, or a delay to its phasing out.

Fatih Birol, executive director of the International Energy Agency (IEA), said coal must be at the forefront of Cop27: “The biggest risk is the growing appetite for infrastructure investments in coal. If we are not able to slow that down or stop it, we may lock in our future … If I had to pick one issue [for Cop27], that would be the one.”

Electric vehicle sales doubled in key markets last year, as manufacturers ramped up production and consumers embraced new models. But the future of the market this year is looking more uncertain; the war in Ukraine has disrupted key supply chains, and Volkswagen in Germany said earlier this month that it had sold out of electric vehicles for this year for its EU and US markets. Other manufacturers are also struggling with rising costs and looking for alternative sources for components.

Many green campaigners are also concerned that talking about cars is the wrong focus – they say we should be talking about transport. Investment in public transport, making it cheaper or even free, is one of the quickest ways to bring down demand for oil, according to the IEA.

The UK made action on forests a key focus at Cop26, with a gathering of world leaders to discuss forests and land use and a separate two-day programme of events. A deal to halt global deforestation, signed by China, the US and Brazil among other nations, was the first big “win” of the Glasgow fortnight.

But in the past months, Brazil’s deforestation rate in the Amazon has soared to devastating record levels, and a report on the Congo – one of the world’s most important remaining rainforests – has cast doubt on the government’s willingness to take the action needed to halt logging and destruction.

Meanwhile, another key forestry meeting this year – the Convention on Biological Diversity (meant to be held in Kunming, China, in 2020, but delayed) – is now in limbo due to the Chinese government’s response to the resurgence of Covid-19. Whether or when the conference will take place at all is now unknown.

Lord Goldsmith, the UK minister in charge of the Cop26 forestry efforts, has been on a frantic round of diplomacy this year to shore up the forest deal. He said the UK wanted world leaders to meet every year to discuss progress. “The contribution of forestry to the overall global emissions reductions needed is potentially huge. It could contribute about 10%-15% to the global emissions target.”