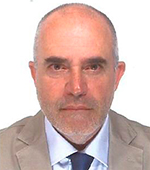 Born in Padua in 1966, Doctor in Law and Political Science, PhD in Constitutional Law, Lawyer, he has always been involved in the energy and environmental sectors and author of numerous publications on the subject. He was Head of Procedures and investigations office at the Italian Regulatory Authority for Energy, Networks and the Environment – ARERA (2001-2005), Senior Lawyer at BonelliErede Law firm (2005-2008), General counsel of Ionio Gas s.r.l. (50% Shell Energy Italia S.r.l./50% ERG S.p.A.) (2008-2011), General counsel of TEA S.p.A. (2011-2012), Secretary-General of Energia Libera (2012-now), President of UNIEM – Unione nazionale imprese elettriche minori (2018-now).