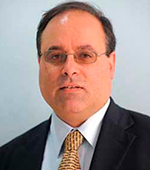 Joseph Borg obtained a Litentiate from the Lateran University in Rome in 1984. Throughout the years Mr Borg has held a number of executive positions, including director with Francis X Borg Co. Ltd., and managing director of the same firm. Joseph also served as a director on the board of the Malta Development Corporation from 1989 to 1992; secretary of the Gozo Committee of the Malta Federation of Industries, from 1988 to 1992; and Chairman of the same committee from 1992 to 1993. In this office he also served on the Council of the Malta Federation of Industries. Mr Borg was also a director of Bank of Valletta plc., and chairman of Gozo Channel Co. Ltd (2005 to July 2008). In 2018 he became President of the Gozo Business Chamber and also President of INSULEUR. Mr Borg is also active in a number of voluntary organisations amongst which the OASI Foundation (Foundation for Drug and Alcohol rehabilitation) in Gozo. He is also a member of the Fondazione Centesimus Annus pro Pontifice.