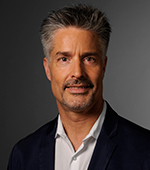 Dr. Meissner is a creative leader with proven expertise at running businesses from start-up to over $500M, and a strategist with the unique ability to identify and transition market problems into successful businesses. After a successful exit of a previous VC-backed company, Dr. Meissner joined Energy Everywhere as CEO in 2012 and led the successful restart of the company transitioning the business in the areas of technology, markets and business model. He is an Advisor and member of the Board of Directors of several companies including Spheretouch, I-Blades and Devana. Previously he was CEO, President and Director of Santur Corp. through that company’s acquisition by NeoPhonics at highest industry multiples at that time. Dr. Meissner was Executive Vice President of Gobal Business Operations for Coherent, Inc. which included 12 global divisions; was VP and GM, at KLA Tencor where he implemented a critical turn-around of the new technology division; served as VP and GM of Applied Materials Thermal Group managing multiple large divisions. Dr. Meissner holds a PhD and M.S. in Materials Science from Stanford University where he ranked #1 in his department. He received his BS Materials Science and Engineering from the University of California Berkeley, cum laude.