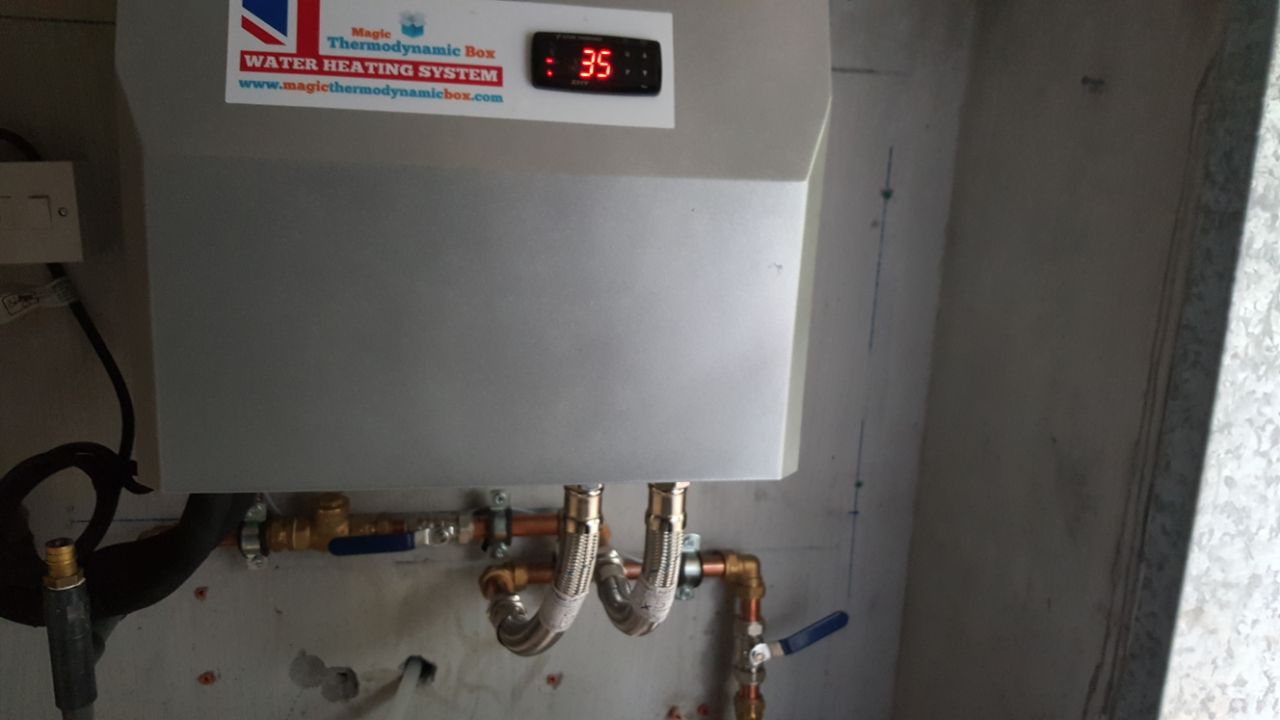 Project description of activities and specific interventions:
The Lux* Le Morne’ on the island of Mauritius was using electrical heating elements to heat hot water for use within the hotel. The Hotel was reliant on the electrical heating elements to heat the demand of 800 Ltrs/24 Hrs, which resulted into high running costs and an inefficient way to complete meet the hot water demand.

The Solution would improve efficiency, reduce running costs, and reduce CO2 emissions the Lux* Le Morne, with consideration to the heavy water heating load designated a budget to replace the inefficient electrical heating elements with a more renewable feasible alternative.
The Little Magic Thermodynamic Box supported by case studies providing up to 80% kWh savings against heating source such as electrical heating elements was supported as a viable feasible solution with a possible high efficiency outcome, A 25 year warranty coupled with no ongoing maintenance or medium replacement required in the future, such as is required with glycol within solar thermal systems was also included in the analysis.
The Little Magic Thermodynamic Box which works like a fridge in reverse and can be installed retrospectively to an existing hot water system to reduce waste materials by not necessitating replacing the existing adequate water vessel with a new water vessel for example further adds to its being a positive proposed.
Public outreach, education and awareness efforts and results:After the installation was completed we presented the new product to the hotel staff educating them on why the product was installed and also an explanation on how to operate the system.

The social and economic benefits that the system will bring to the hotel and the island were also explained.

On this installation a series of monitoring devices have been also implemented with the data being recorded generating representational statistics designated to create a case study in order to display the experienced consumption of the solar assisted heat pump within its environment for commercial purpose as-well as the reduction of CO2 emissions and commercial financial impact.
This case study is being utilised to display to the island inhabitants from all sectors both commercial and domestic that renewable heating sources can accommodate and replace existing non efficient heating sources on the island of Mauritius promoting the use of solar assisted heat pump as well as challenging the current perception of renewable technologies on the island.

Economic value added and how calculated:
By installing The Magic Thermodynamic Box we have calculated an estimation of savings for the hotel using the product. Basing savings on previous test case studies and installations we have estimated an annual saving of RS 43,200 making the pay back of the project just over 2 years with this not accounting for the rise in utility costs of electricity. Accompanied by the benefits of the product of having no maintenance and a high life expectancy the hotel will be seeing onward future savings making the overall project worthwhile ands effective in reducing CO2 emissions.

Ecological and social project outcomes:
The ecological and sopcial outcome of intalling the product into the Lux* Le Morne Hotel has caused no disruption to the environment causing little noise of only 44DB, in comparison this is as quite as a modern-day fridge once running. The size of the product is no bigger than a microwave which is now mounted next to the cylinder taking up no extra floor space in the facility.

The evaporator panel is installed on the outside of the building which is now collecting the outside ambient heat and using this energy collected to heat the hot water. The panel itself relies on natural weather elements such as wind, rain, sun coming into contact with the panel. The panel itself does not have a fan unit incorporated unlike other alternative renewable products such as air source heat pumps. Resulting in the panel causing no disruption of noise neither the need to maintain the panel after installation.