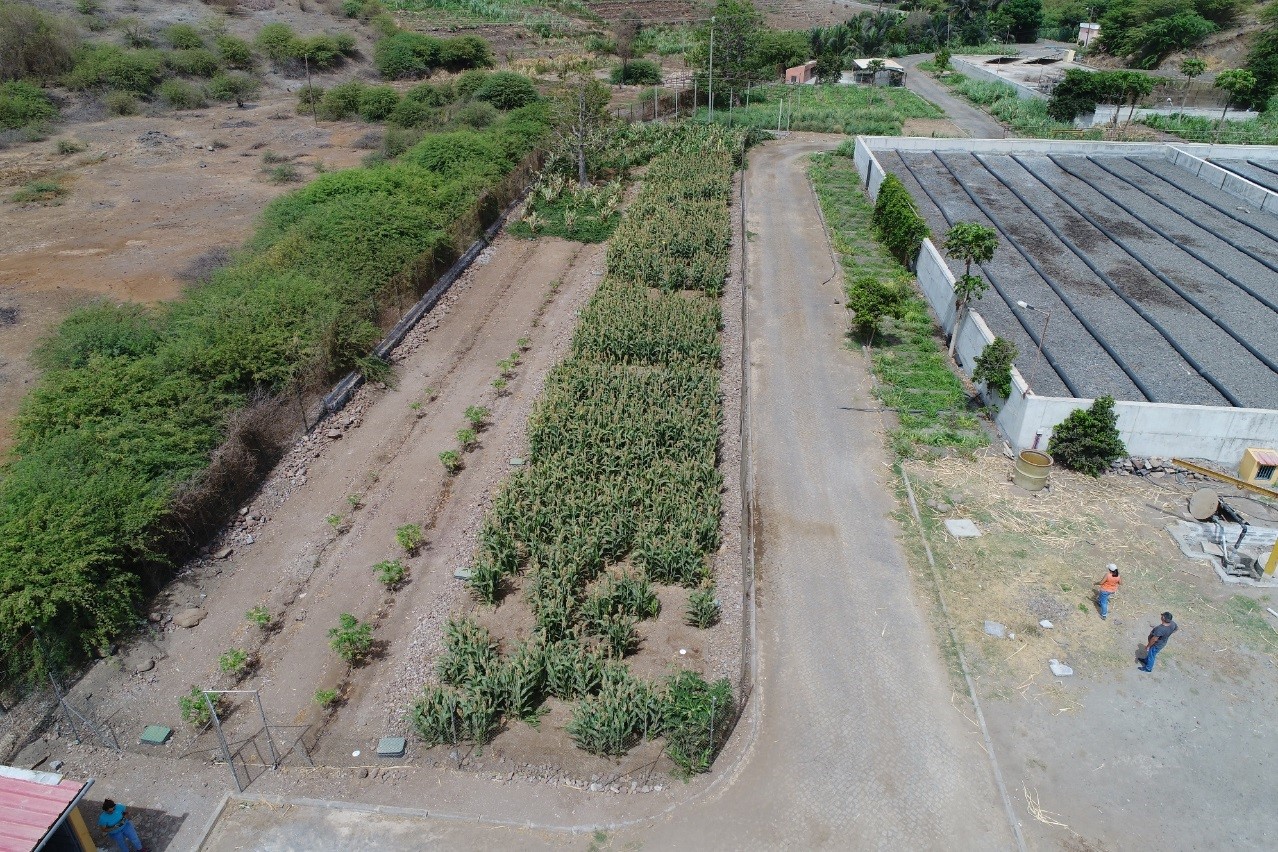 Adaptation to climate change in macaronesia through the efficient use of water and its reuse.
Obj 3: demonstration, optimization and evaluation of the reuse of reclaimed water and promotion of good irrigation practices adapted to climate change and risk situations associated with water scarcity

ULPGC is the responsible of 3rd objective: “Demonstration, optimization and evaluation of the reuse of reclaimed water and promotion of good irrigation practices adapted to climate change and risk situations associated with water scarcity”. We designed the reuse system integrating all aspects related to agro climatic conditions, water quality, irrigation practices, soils and crops, which has allowed us to take out agro economic conclusions in collaboration with Cape Verde partners. The conclusions also have let us to write “Best treated water irrigation practices adapted to Macaronesia”.

Forming part of a more complex project: ADAPTARES, 3rd objective´s aim is to irrigate with treated water obtaining optimum yield and maximum protection of the population, environment (soil, water and aquifer) and irrigation system, minimizing the need to modify the quality of water produced by rural WWTP by using the soil as an advanced treatment and optimizing water management. After that, diffusion of the results is conducted forming farmers and technical people in best irrigation practices. By optimizing the reuse of non-conventional water, resilience to climate change and water scarcity will increase.

Santa Cruz pilot project: the effects of water quality and irrigation system were studied, comparing treated water with well water and subsurface drip irrigation with surface drip irrigation. Using Smart Agricultural technology, following activities were developed: a) Characterization of the environment and its evolution, monitoring climate, water, soil (including GHG emissions) and aquifer, b) Irrigation system (design and management practices: doses, washing frequencies), c) Productivity and quality of Sorghum and papaya, d) Fertilization, nutrient cycle and costs (especially attention to N balance: inputs – withdrawals, which let us to conclude low risk to aquifer´s damage), e) data for economic evaluation, f) Design of protocol of irrigation system maintenance adapted to treated water quality and finally, g) A manual of best irrigation practices adapted to reuse in Macaronesia is writing.
As both soil fertility is increasing (sink of C) and similar sorghum yields were obtained (papaya is still collecting), we concluded that it is possible to substitute conventional water by treated water. Higher yields were obtained by subsurface than by surface drip irrigation recommending this irrigation system, although, needing a special control of surface salinity and irrigation maintenance. Nutrients provided by treated water are absorbed by sorghum plants, decreasing production costs. Also, as low water consumption and good Sorghum quality is obtained (with no detection of pharmaceutical residues), this system let to produce food even in water scarcity periods, increasing resilience to climate change. Finally, aquifer stability is demonstrated. These results let us to recommend this technical solution for reusing water in rural zones.

As mentioned, farmers and technical people of local institutions visited the pilot project, treated when needed and harvested. People from other institutions, local and international, professionals, authorities and general public also visited the project, which was mentioned in tv, radio and social medias. As mentioned, as a result of the specific activity related to public outreach a protocol of irrigation system maintenance adapted to treated water quality was established and finally, a manual of best irrigation practices adapted to reuse in Macaronesia is writing (both will be presented in AFRICAGUA Nov2021). A free on line course to outreach best irrigation practices has approved by ULPGC authorities, which is pending to implement. Only in 2021, we have been invited to outreach our results in 5 international conferences: 18th European week of regions and cities (April 2021), “launching event of the GTI awards 2021” and, “Foro lationamericano Agua, Saneamiento, Potabilización y Gestión de Efluentes” ALADYR (May 2021), “El sector primario, los ODS y la soberanía alimentaria”, June 2021 and AFRICAGUA (Dic2021). Finally, we have published 3 scientific papers (planning to write 3 more ones).

Although Cape Verde is under low pressure on freshwater resources due to irrigation (8.32%, AQUASTAT, FAO), total actual renewable freshwater resources are only 0.3 km3/yr, limiting country capacity to obtain enough food. Only a percentage of 1.3% of households are connected to the public sewage system in rural areas. Using the FAO ExAct tool, it is estimated that -33 and -26 tCO2eq are sequestered in Sorghum and papaya production, respectively. If it is generalized for the rest of the rural zones, 57 and 85 ha will be irrigated, with around -1870 and -2208 t CO2eq, respectively for sorghum and papaya.
Agricultural structure comprises 45,399 farms (live-stock practiced on 85.3% of them), an active agricultural population of 92,322 people (2015 Agricultural Census). Depending on imports for food supplies (more than 80%) and with a drastic reduction in ruminants, family livestock farms are an important component of income of farming families. The proposed reuse solution would allow a partial reduction fresh water consume and in forage importation, which would improve food sovereignty and farmers’ profitability by increasing resilience against climate change.