Greening The Islands > News & Blog > Press release > Canary Islands > Appeal made from Greening the Islands conference: “Time has run out – many islands risk disappearing because of climate change”

Appeal made from Greening the Islands conference: “Time has run out – many islands risk disappearing because of climate change” 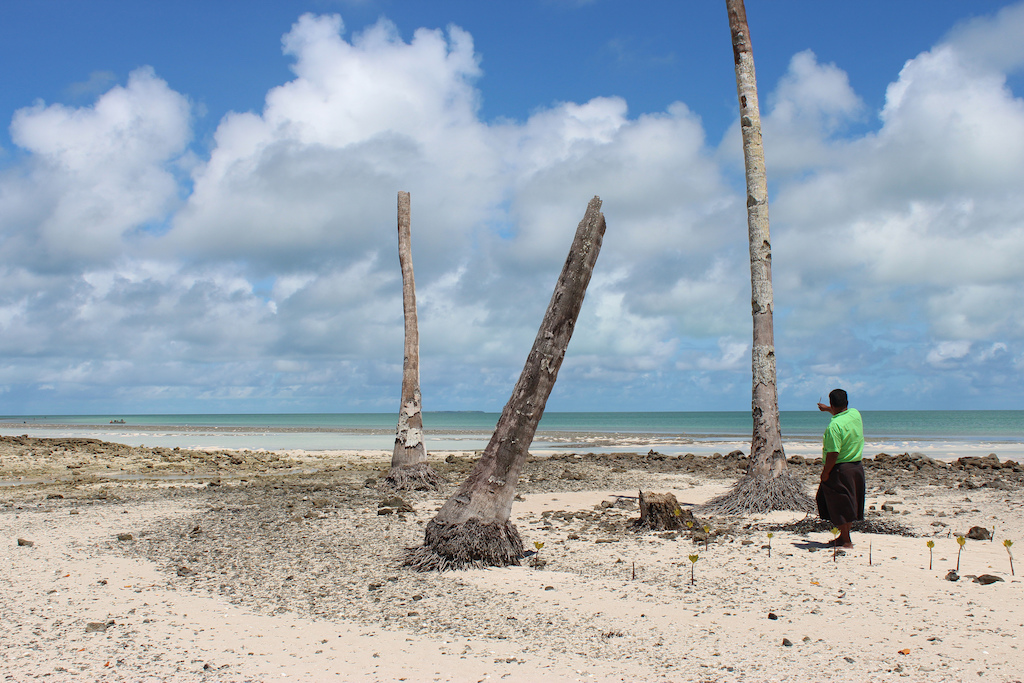 Greening the Islands is launched, an app to head off climate change on islands by promoting and spreading innovation.

Conference being held on Gran Canaria, Spain, on 2-3 December 2016

Gran Canaria, Spain, 3 December 2016 – Time has run out and islands risk disappearing because of the effects of climate change. Institutions at an international level must recognise this fact and take rapid action to combat the phenomenon and support technological innovation on islands. This appeal has been made by island administrations and populations, who today are on the front line in facing both the negative effects of climate change and rising migrant flows, which in turn are driven all too often by drought, flooding and famine connected to alterations in our climate.

“We’re talking about 500 million people who live on islands all around the globe and are threatened by rising sea levels,” explained Unesco’s Cipriano Marin. “That’s why we need to act quickly and effectively. Islands are climate change’s victims but they can also be drivers of change as places where sustainable development projects are carried out, especially in the field of energy.”

The pathway to a future of 100% renewables is already being laid out: 9 countries, more than 50 cities and towns, 52 regions, which together represent 55.3 million people will be running totally on renewable energy sources in coming years. And the number of projects that are taking shape on islands to discover new forms of energy supply is growing. To cite a few examples: El Hierro, Fuerteventura, La Graciosa among the Canary Islands; Pellworm in Germany, South Korea’s Jeju Island, São Miguel in the Azores, Gotland in Sweden, the Maldives and Samoa.

Isolated initiatives won’t be enough, however. Island administrations find themselves all too often on their own in dealing with emergencies, finding technological solutions and getting funding as part of their efforts in finding practical responses to the problems connected to energy and water supply and to the effects of more extreme weather.

Institutions at the highest level lack the awareness and initiative needed to recognise the “island condition” and provide the right legislative and financial instruments for these often remote locations for them to put into place technologically innovative solutions for producing energy and supplying drinking water in a sustainable way.

Adrián Mendoza, deputy minister for energy and trade of the Regional Government of the Canary Islands, commented: “Islands’ natural resources are an important element, but so is technological innovation. For us it’s such a crucial issue that we’re working to get the European Union to recognise that islands are natural laboratories for developing projects that spread renewable energy and sustainable policies.”

To respond to the need to gather together as many small islands around the world as possible on the theme of innovation, Greening The Islands Net is being launched. The app helps promote best practice from islands that are leading the way as laboratories in the fight against climate change.

With this new platform, the discussions at Greening the Islands are going digital to trigger ongoing exchange about best practices that can be replicated in many locations and to reach even the furthest islands and remote locations. There are in fact over 500,000 islands around the globe, united not only by natural beauty but also by issues related to resource self-sufficiency and climate change. The situation demands an acceleration in the implementation of best solutions and exchange over ideas and projects is paramount to speed the process of change on islands.

The new digital platform, with its thematic forums, will act as an accelerator by encouraging dialogue between manufacturers of sustainable technologies that can applied to small islands, island administrations, institutions, media partners supporting climate causes and – last but not least – investors.

Through the app, for example, a local government may ask for a second opinion on its environmental plan or input from peers on a tender for a sustainable project; a manufacturer might share a video about its latest innovative solution or a project implemented in an island setting.

Initially, Greening The Islands Net will be open to all those participating in its international conferences (Gran Canaria 2016, Malta 2015, Pantelleria 2014). Further on, other ways will be explored to develop this digital workspace for environmental protection in all islands and remote locations.

Gianni Chianetta scientific direction of Greening The Islands, stated: “After years working to implement energy and environmental projects as well as scientific and networking initiatives like Greening the Islands, I feel the time has come to find a fast, ongoing process to spread the word about the most innovative solutions to as many islands as possible. Greening the Islands Net will be a highly selected community of companies investing in innovation, governments, institutions, media players and leading investors. Just as with Greening the Islands, we will work to have constructive and high quality debate as a way to sustain interest, creating and stimulating virtual working groups on specific themes that will allow participants to exchange opinions, technical and scientific documents, regulations, and so on.”

Greening the Islands is an international event that aims to spark collective action around the issues of energy, water, mobility and all elements that enhance life on small islands and other remote locations. The conference’s 3rd edition, which will be held on Gran Canaria (Spain) on 2-3 December 2016, cements the initiative’s reputation as an international event for bettering island life through its ability to highlight localities that are often forgotten or exploited but which should represent great value for humanity and be protected.

Greening the Islands, which actively engages the local government in each island that hosts the event, is this year held in collaboration with the Government of the Canary Islands and the Canary Islands Institute of Technology. It brings together experts from government, institutions and business for an exchange on best practices, innovative technologies and public policy.

The Canary Islands Institute of Technology (ITC), a multidisciplinary technology center of the Regional Ministry of Economy, Industry, Trade and Knowledge, has been developing sustainable technological solutions for the Canary Islands (and isolated regions of neighbouring African countries) for 20 years. The ITC is active in, among other sectors, renewable energies (goal: maximum penetration in isolated systems), sustainable water technologies (desalination, water reuse) or microalgae biotechnology.