Island Tourism & the pandemic from a global perspective

This webinar if part of the GTI Digital Observatory

Island Tourism & the pandemic from a global perspective

During this pandemic period, islands are living an even more difficult situation, both economically and socially, than the rest of the world, risking a greater isolation and being forgotten.

In such a challenging time, Greening the Islands, in partnership with INSULEUR (the Association of the EU Islands Chambers of Commerce) and the support of CPMR Islands Commission (grouping the EU island governments), through a GTI Digital Observatory Survey launched on the 4th of May and a series of webinars, wants to:

Islands, as tourism destinations, are in principle coronavirus free zones, but suffer the most from the economic consequences of measures taken to face the pandemic COVID-19.

The economy of Islands, Insular Regions, Archipelagos and Islands States depends to a large extent on tourism. As an example, tourism in the Ionian Islands and in the South Aegean contributes to Regional GDPs as 71.2% and 97.1% respectively.

Unfortunately, in times of such a health crisis, tourism as an economic activity is the last and more difficult to recover. The question is how long it will take to recover, what are the steps to be followed by the destinations to return of travel and tourism to a state of normality, how the approach to tourism will change and what could be the possible scenarios.

Recovery Plans, to be elaborated by destinations, should be based on three pillars: health, employment and financial support.

Health protocols should be implemented on local or regional level following agreed international standards and according to local realities. These Protocols should concern the operation of the industry, both in terms of hotels and the markets from which it may be allowed to receive visitors, when it is considered safe. Transportation is another factor to be taken under consideration, as a component of the tourism value chain, since specific Protocols should be elaborated and applied.

Measures to enable the industry to restart should provide employment and financial support through interventions from National, Regional or Local Authorities and International Institutions (EU, International Banks etc.).

This webinar aims to help Island Authorities, Local Industries and Associations to elaborate such Recovery Plans, based on international practice and best practices. 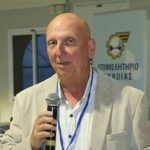 Advisor on European Union Affairs at the Union of Hellenic Chambers of Commerce and Member of the Technical Committee of the Network of Insular Chambers of the EU. He represented the Ministry of Commerce as counsellor on Internal Market, Consumer, and Tourism Affairs at the Permanent Representation of Greece to the EU from 2001 to 2009, in Brussels. He was a lecturer for ten years at the Ionian University, the University of the Aegean and the University of Crete and the University of Peloponnese on International Law, European Institutions and International Organizations. His has a number of publications on the Law of the Sea, International Shipping Law, Conflict Resolution and Prevention, Foreign investments and European Integration. 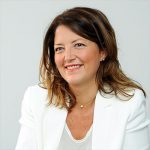 VP Government Affairs, World Travel & Tourism Council (WTTC) –  A Spanish national, she is based in Brussels, where she has been working for the past 20 years as an advisor and lobbyist across all key European markets and globally through International consultancies. She has provided strategic advice to senior leaders of some of Europe’s and the world’s largest companies to help solve their most complex regulatory challenges and opportunities in the field of travel & tourism, transport and environment policies. She speaks 5 languages. 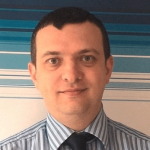 Assistant Director, Safety & Flight Operations, EUROPE of the International Air Transport Association (IATA), based in Brussels, Belgium. He is responsible for advocating the airline Safety and Flight Operations positions in Europe in accordance with IATA’s global strategies and for the definition and promotion of IATA’s safety & flight operations requirements/ policies with Governments, Aviation Safety Groups and international organizations responsible for implementation elements of the EU regulatory process. With a background of aerospace engineer, Dragos has a professional experience of more than 18 years in various positions both in the regulatory and the airline operational, safety and quality management environments. He is a trained IOSA auditor, safety investigator and held various management positions in the area of aviation safety and quality. Dragos represents IATA in various regional working groups and bodies of ICAO and EASA. Dragos holds an MsC from City University in London in Air Safety Management and is an IATA instructor for aviation safety courses. 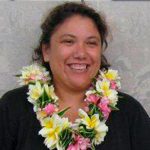 Executive Director of the Global Island Partnership, a platform that enables island leaders and their supporters to take action to build resilient and sustainable island communities. A passionate advocate for islandsand island people, she has created innovative and effective leadership networks within island regions and across the globe. She connects leaders at all levels to share knowledge and take action on island sustainability. She champions the concepts of resilience, blue and green growth in island context and has built a diverse stakeholder base that is influencing future decision making in island sustainability. She has a unique ability to inspire and galvanize others to support islands and island approaches. She has led the Global Island Partnership into an impactful, influential and truly global organization with a diverse membership of government, NGO, multilateral, business, scientific and community stakeholders around the world. She has developed networks among island leaders at the national and community levels that extend across entire oceans and connect island regions to one another. A trusted strategist and adviser on island solutions and island leadership she has worked at the Secretariat of the Pacific Regional Environment Programme and West Australian Department of Agriculture in promoting significant solution identification and change. 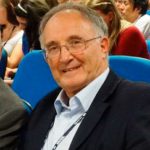 Played a key role in emergence of Tourism as a serious socio-economic sector.

– As Executive Director at IATA in the 1970’s helped drive a new liberalization agenda, responding to airline deregulation.

– As first President of WTTC throughout the 1990’s, he worked to pioneer new systems of measuring the sector, creating CSR Certification and supporting China’s efforts to open Tourism markets.

– As Assistant Secretary General of UNWTO, in the first decade of this millennium, he spearheaded new development support systems, including the ST-EP Program, led the Davos Climate Summit and launched G20 Summit recognition program.

Served on public / private sector Boards in Africa, Europe, Middle East and Canada: Tourism Envoy to UNDP Administrator; Member EU Commissions on Airline Liberalization and on Tourism Employment: Environment Advisor to the Governor of Jeju Island, Korea). Worked closely with the World Economic Forum since the early 90’s on its Competitiveness and Smart Travel activities. 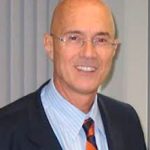 He started his career in the European Commission on 1.1.1981, as a Member of the Legal Service.
He is currently Honorary Director and Active Senior in the Directorate-General for the Environment. He has joined DG ENV in 1995 and has served since then as the Head of the Legal, the Governance and the Cohesion Units.
Before joining the Commission, but also during parts of his career he has exercised several high-level functions in Greece.
He is visiting Professor in a number of European Universities and is the author of a very large number of various publications, in English, French and Greek, and in particular of a four volumes Commentary, Article by Article, of the EU and EC Treaties, under the Nice Treaty(in Greek).” 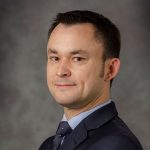 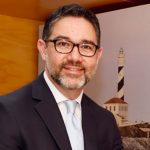 Founder & Director of Greening the Islands, CEO of The Green Consulting Group, VicePresident and Head of International Affairs at Italia Solare and Chairman of the GlobalSolar Council.