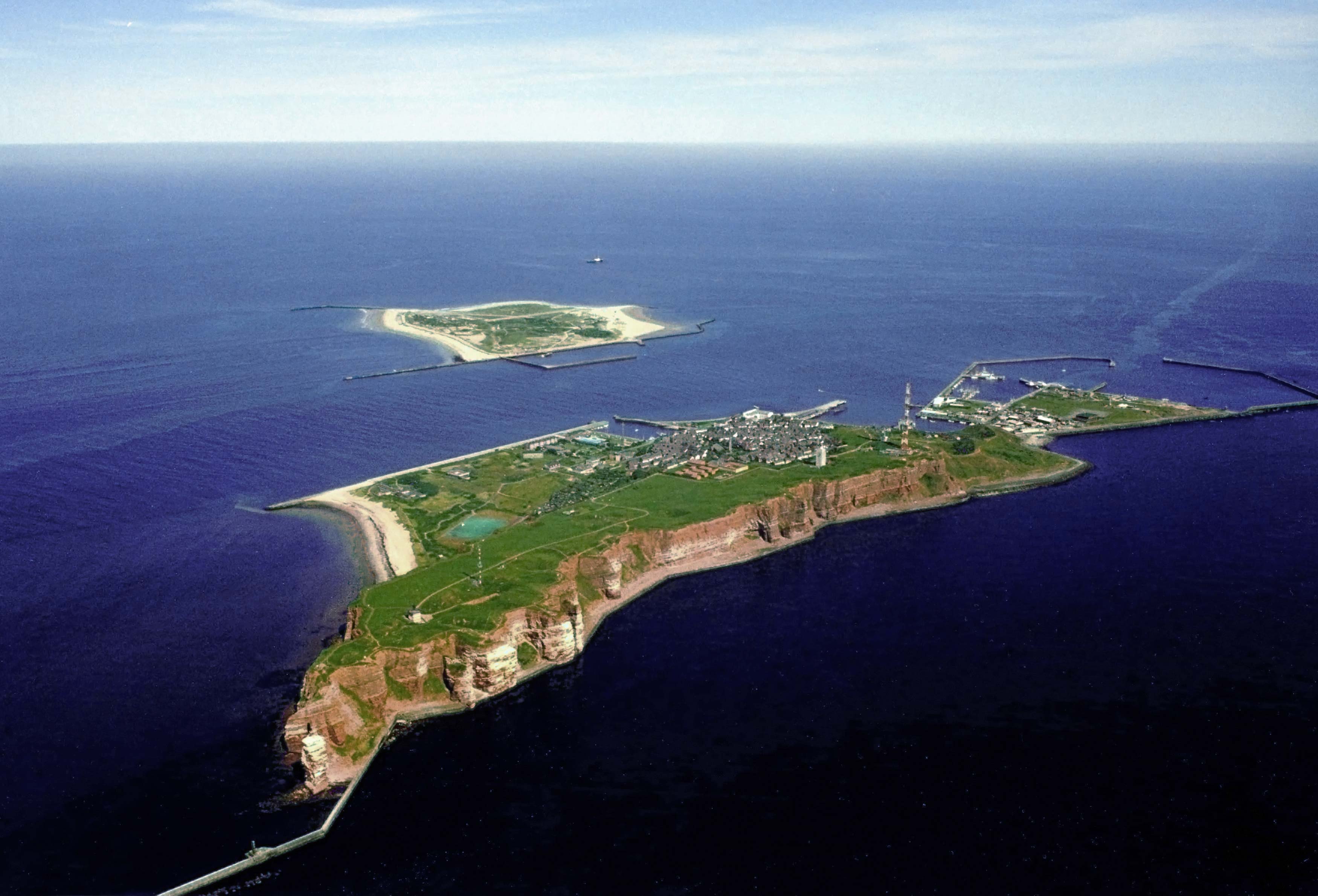 Helgoland, Germany, 29 April 2019 – The tiny German island of Helgoland, witch has implemented many sustainable projects, is looking to take a big role in pioneering new innovative solutions in green energy, water desalination and reuse and seaborne electric mobility to target a total decarbonisation. But it needs legislative and regulatory obstacles to be removed.

The island’s small size and remote location – 70 km off the German coast in the North Sea – aren’t a barrier to its ambitions when it comes to adopting green solutions. On the contrary, the island, which already hosts two important research centres, is ready to act as a “laboratory” for innovative technologies that could then be adopted on a wider scale. Unfortunately, national legislation represents the main obstacle to its ambition to become a zero-emission island as it looks to burnish its reputation as a sustainable destination.

At a two-day event organised in collaboration with the Municipality of Helgolandand the Greening the Islands Observatory, key local stakeholders came together to analyse the island’s situation and come up with sustainable solutions. The Observatory is actively helping a number of islands around the world not only to identify and implement green solutions but also to help develop the right regulatory framework.

“Even if we came far already with our green initiatives, the workshop helped us to share a global vision, exchange on best practices and solutions with the Experts from the GTI Team. I am very glad that we are part of a strong and forward moving community of Greening Island” said Jörg Singer Helgoland mayor. 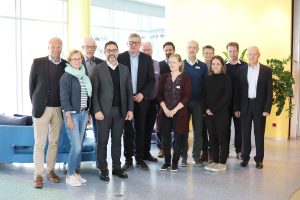 The results of the GTI Observatory were presented also during the first Conference of German Islands, where over 100 participants exchanged their initiatives and solutions for Islands (www.greenicon.de).

The island has already taken steps to be a change maker in high-sea island transportation when in 2015 it introduced Europe’s first ferry powered by liquefied natural gas (LNG), which is cleaner and more efficient than dirty diesel. The green attributes of the MS Helgolandwere confirmed when the ship was awarded Germany’s “Blue Angel” eco-label and received the mobility price by the Greening the Islands Awards in 2018.

Some of the island’s plans for further initiatives, however, are hampered by German regulation and could be better supported by a more incisive action at the European level as this kind of issues are similar in the EU islands. For example: the island heating system, that is still powered by diesel, cannot be powered by the electricity that arrives via a cable from the mainland under current regulation and renewables have limited development due to environmental restrictions that would need to be further investigated.

“On the legislative front, the Greening the Island Observatory is actively assisting Helgoland by highlighting virtuous examples internationally that could be used as references to improve German support for its ambitions in sustainability. Besides, many problems of Helgoland are similar to those faced by other EU islands and the GTI Observatory is willing to bring them to the attention of the European Commission”, said Gianni Chianetta scientific director of the Greening the islands Observatory.

All the different options under study at this week’s event look to keep Helgoland at the forefront in terms of smart, integrated and green solutions. In renewable energy, the meeting examined the possibility of installing clean energy technologies that respect the local landscape and its populations of rare birds, for example by using solutions, e.g. small vertical axis windmills. It is hoped that the 1,500 inhabitants of Helgoland can be encouraged to opt for green power supplies themselves, confirming a community-based approach to its sustainable future.

Other ideas being examined include making Helgoland an innovation hub in desalination of both brackish and sea water with the participation of research institutions. Helgoland is currently the only German municipality to uses desalination for its fresh water supply (since 1962) and can offer to host selected companies interested in testing cutting-edge technologies that can take advantage of its favourable environment. Besides, innovative reuse options for effluent from new waste water plant being built will be evaluated.

The existing commitment to environmentally friendly transport could be extended by providing recharging facilities to harbour and vessels berthed in it and testing a small number of autonomous electric vehicles to shuttle tourists or their luggage to hotels.

Helgoland is the only German island located in the open sea, approximately 70 kilometers from the mainland. The rocky mudflat and the 35 square kilometer large submarine cliff landscape are home to the richest flora and fauna of the German coast. Helgoland consists of two islands: the populated triangular 1 km2 main island and the Dune 0,7 km2.

Helgoland has a population of 1,500. Helgoland today is a holiday resort and enjoys a tax-exempt status, as it is part of the EU but excluded from the EU VAT area and customs union. There are many islands on the German North Sea coast, but none of them are comparable to Helgoland. Helgoland is an archipelago once time in Danish and later British possession. Helgoland is an oasis for vacationers and a unique nature experience 365 days a year – welcoming approx. 400.000 visitors every year.

Strategically located Helgoland has five harbours offering shelter for vessels and services especially for fishing ships, ferries and offshore-wind service vessels. Airports for small airplane and helicopter are based on the islands, a search and rescue (SAR) base of the DGzRS, German Maritime Search and Rescue Service, and the Paracelsus hospital clinic are located on Helgoland. Since 1892 scientists investigate this unique environment and since 1998 the Biological Institute Helgoland belongs to the Alfred Wegener Institute www.awi.de.

Close the famous rock needle “Lange Anna” the Nature Reserve “Lummenfelsen” is one of the smallest nature reserves in Germany. The Heligoland cliffs are the only German breeding ground for the bass celel, the three-toed gull, the icestorm bird, the tordalk and the trottellumme.

Drinking water is generated by a “Reverse Osmosis Seawater Desalination Plant”, consuming 10 % of the islands power supply. Sevage is disposed in a municipal wastewater treatment plant to be newly built in 2019. Until 2007 the Power Generation was based on heavy fuel oil than exchanged by a powerline to the mainland.  The heat supply is still 100% heavy fuel oil based and than distributed through the district heat infrastructure. Mobility is 95% “e”. Lighting o the island are already 99% based on LED. Waste is shipped to the mainland weekly.

Building on the strength of the location – high-sea tourism, renewable offshore-wind industry and science – the municipality of Helgoland has set itself ambitious goals, among other things in addition to a green transport mainland-connection, sustainable and affordable housing and the change to an eco-friendly island. 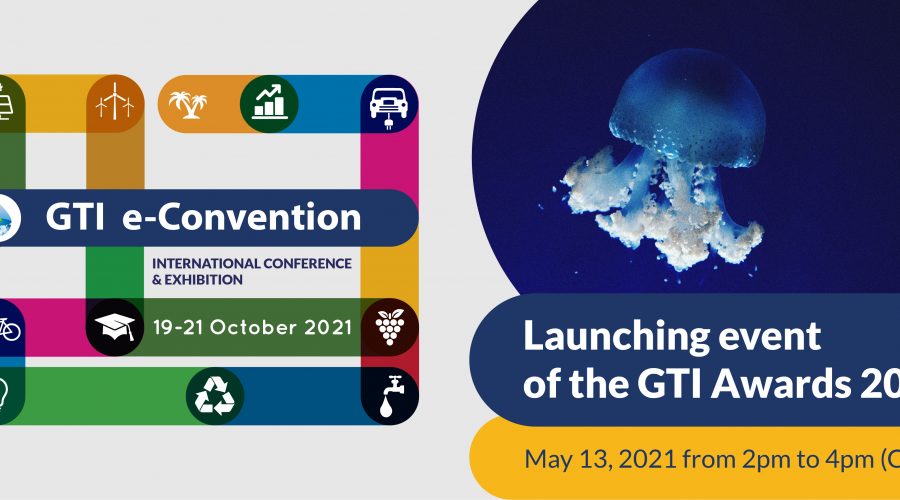 GTI launches the new edition of the Awards with a webinar to highlight the progress of past winners, present the new Jury and open the nominations 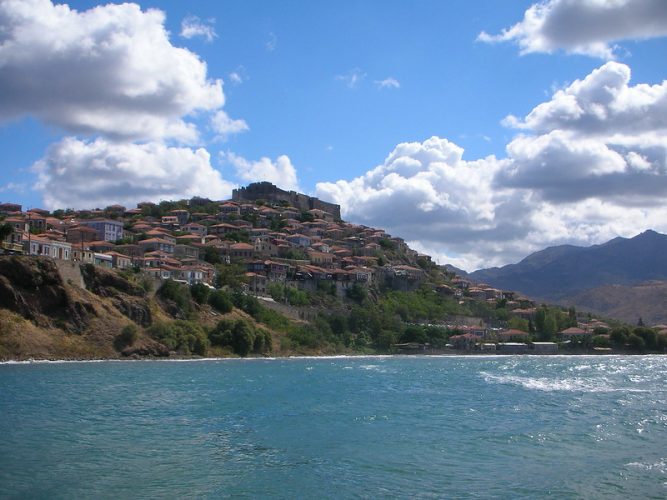 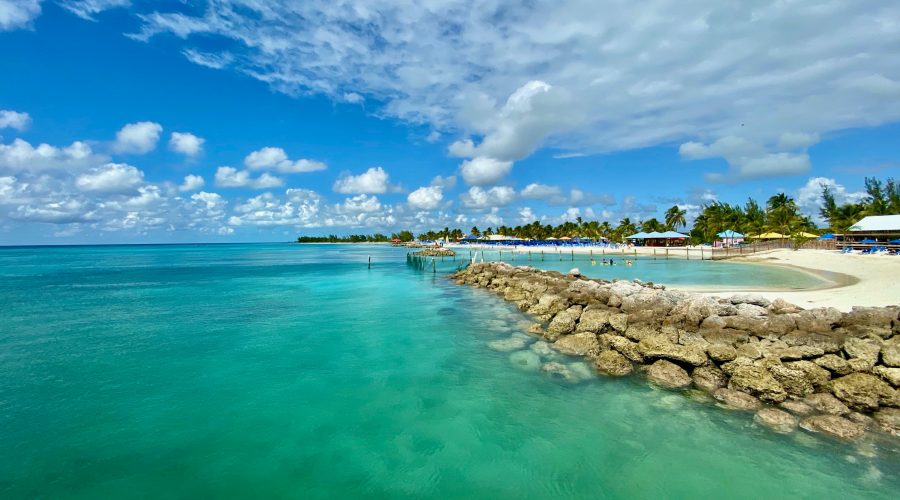