Observatory Greening the Islands Meeting: identified the priorities of the energy-environmental transition plan of Favignana 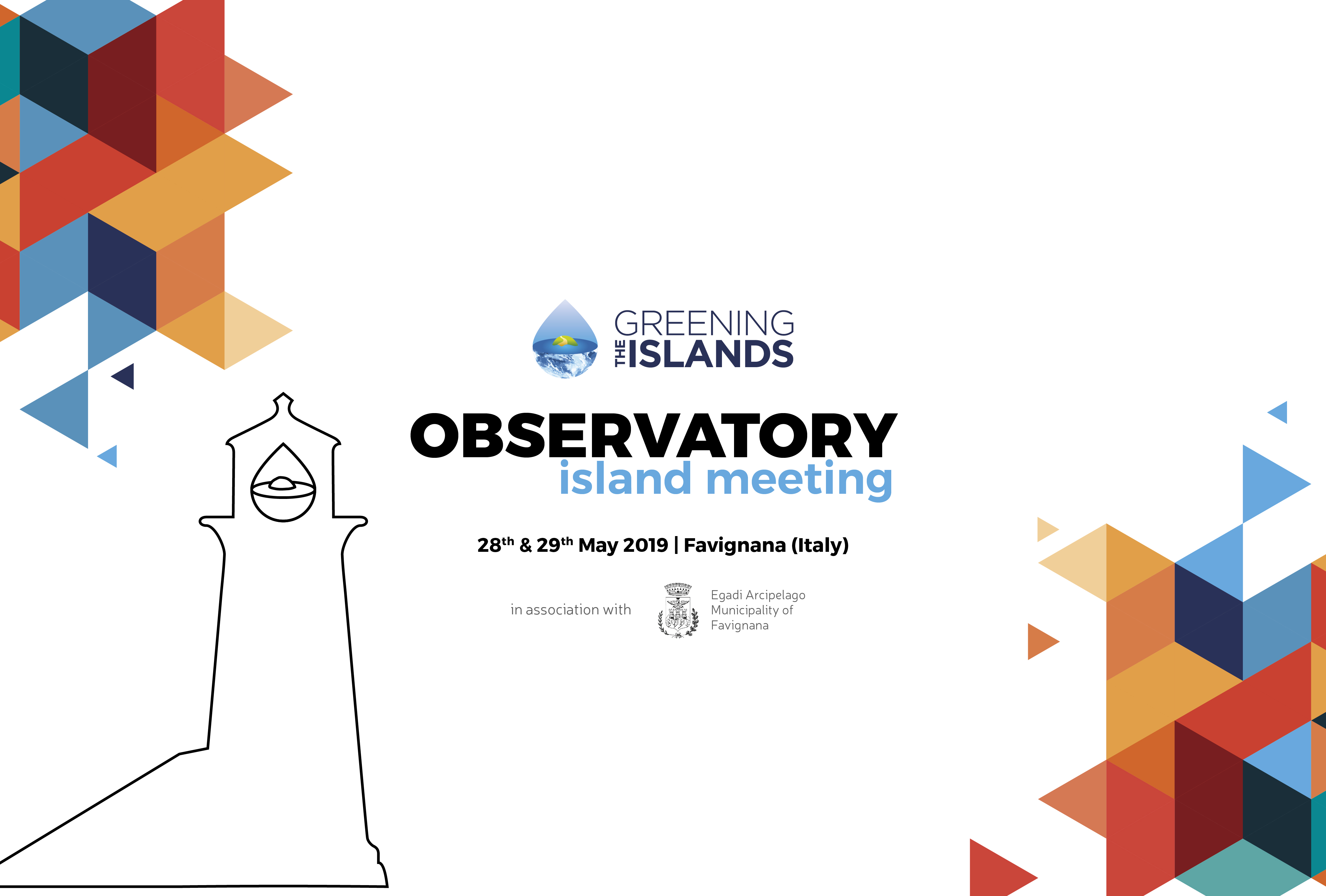 A preview of Brigantes project for the transport of goods by sail was presented.

Favignana, 30thMay 2019 – During the Greening the Islands Observatory meeting held in Favignana on May 28thand 29th, the priorities of the analysis which will be the basis of the Egadi islands’ sustainable development plan have been identified. The Study, officially launched with the two-day meeting, will be presented during the 6thedition of The Greening the Islands International Conference which will be held in Palermo on October 15th.

Thanks to the comparison between the participants, starting from the Municipal Administration, electricity companies, Sicilian Region, Marine Protected Area, the experts of Greening the Islands Observatory and members of theObservatory, such as Enel X, Hitachi, Axpo and Terna Energy Solutions, it was possible to conduct an analysis of the problems the island has to face and which technological solutions and regulatory constraints / opportunities are in place. This is a first concrete step to ensurethe Municipality of Favignana, with its three islands, becomes a model of international sustainability within a few years.

“This administration will take all possible actions to achieve the goal of a drastic reduction in emissions in a few years and be in the forefront of the most sustainable islands by 2030. We will need to make courageous choices for which we will involve all actors present on the territory because only in this way we can become a pilot island of the energy-environmental transition. These two days have given us many ideas for thesolutions that can be applied in our area in all sectors, from energy to mobility, from water to waste. We will work with Greening the Islands in the coming months to investigate the opportunities and the solutions” said the mayor of the Egadi islands Giuseppe Pagoto.

The event was also attended by Salvatore D’Urso, general manager of the energy department of the Sicilian Region who, illustrating the Environmental Energy Plan of the Region (Pear), highlighted how energy efficiency and wind energy are fundamental in the energy management of the Sicilianislands. The Pear(Energy and environment regional Plan) forecasts 25% renewables in Sicily’s energy mix by 2025 and 50% by 2030, with local public transport fully electric by 2025, whereas 50% of private mobility must be 50% electric in 2030. Each island will have to define its own energy transition agenda with participatory process mechanisms on each of the smaller islands, analyzing current environmental constraints and relaxing those that are too stringent.

“Wind energy is one of the main solutions to allow the non-interconnected Sicilian islands to achieve energy independence, even with the option of off-shore wind, provided that a series of energy efficiency policies are implemented to contain the energy demand which must be a priority in the context of an energy policy “, commented D’Urso. In this context, also the Superintendency of Cultural Heritage, in the phases of authorization of the plants must have in mind the importance of the realization of such plants in the islands.

The creation of an alliance between all the island realities at European level is also crucial for achieving the energy transition objectives. “A united front between representatives of European island governments, industrial associations and companies, is essential to promote a strong dimension of sustainable development in all European policies affecting the islands. This is only possible with a dialogue with EU institutions, a dialogue that CPMR Islands Commission and Greening the Islands are developing jointly. An approach consistent also with the request by the island territories for the full implementation of Article 174 of the European Union founding treaty”, said Giuseppe Sciacca CPMR Islands Commission.

During the meeting, it was previewed the Sail cargo Brigantes project for the transport of goods in the Mediterranean and to/from the Caribbean. Decarbonised sea transport is the missing link in the sustainable production and consumption chain. The hull of the ship, which dates back to 1911, will be launched today 30 May in the port of Trapani. The project of sailcargo Brigantes began in 2016 when the motorboat, built over 100 years, lay in the abandoned port of Trapani. Now the boat, after a year of work, is ready to be launched with the Brigantes name and in 2020 it will be able to take off to transport goods between the Sicilian islands in the summer months and in the Atlantic during the winter months.

The event was attended, among others, by the Mayor of the Egadi Islands Giuseppe Pagoto and the municipal technicians; the Marine Protected Area; the team of experts of the Greening the Islands Observatory; the Conference of Peripheral Maritime Regions (CPMR); Sicily Region; the mayors of the Sicilian Islands; GSE and the companies Hitachi, Enel X and Axpo.