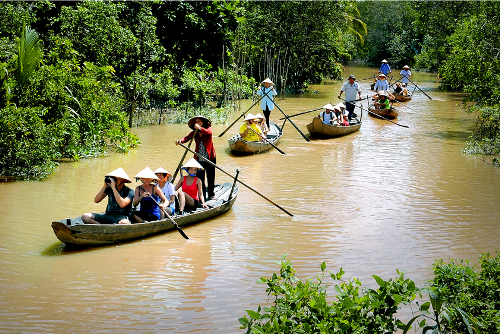 Two Vietnamese islands are looking to go green as part of their pitch as an eco-tourism destination, including tidal and solar power generation supported by storage.

Korean companies SK Group and Doosan Heavy Industries have proposed a Non-Carbon Islands Innovation Project for An Binh Islet and Ly Son Islands in central Vietnam. The project, which will be completed within 16 months with total cost of US$1 million, aims to supply renewable energy, battery-powered cars and a desalination plant for more than 22,000 residents and tourists, reducing carbon emission from fossil fuel and gasoline vehicles. The Islands hosts nearly 300,000 tourists each year.

According to SK Group, tidal energy capacity on Ly Son was estimated at 1MW to 5MW and a source of 100MW on the mainland of the province.

An Binh Islet – 5km away from Ly Son Island – started using fresh water from a specially built desalination station with funding from Doosan in 2012. Ly Son Island has called for a US$12 million sea water desalination project to supply more fresh water for residents, and the development of a drainage recycling system and more water containers from the government.