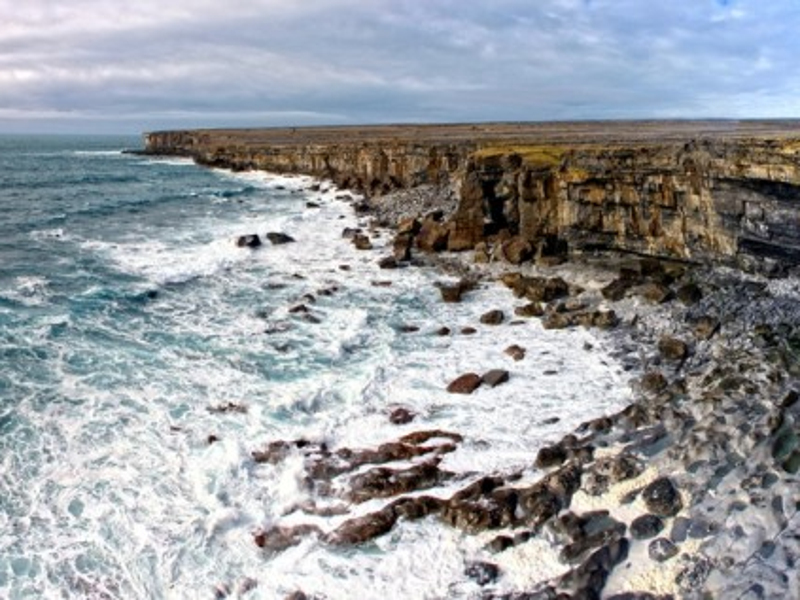 Islands are being turned to as testing grounds for hydrogen as interest grows in its role as a low carbon technology.

Islands the world over are transitioning to renewables as they seek to move away from costly imported fossil fuels and build resilience into ageing and often insufficient electricity systems.

With their small size, island renewable resources such as wind, solar and marine energies tend to be both good and accessible. As such, these islands also provide an ideal platform for piloting new technologies, of which the latest is hydrogen.

Hydrogen has been widely used in industry but the potential for renewable or ‘green’ production of hydrogen and other byproducts such as ammonia is opening its use as an option in the drive for large-scale decarbonisation of the economy. In addition to supporting the increasing integration of renewables, sectors envisaged to benefit are transportation, particularly long distance and heavy transport such as shipping, and heating and power generation.

As a result, we are seeing a growing number of islands testing new hydrogen technologies, particularly in Europe which is very much at the forefront of its development.

An example is the islands of Orkney, where the European Marine Energy Centre (EMEC) is based and has pioneered the development of hydrogen into the local economy. EMEC initiated the Surf ‘n’ Turf initiative in 2017 to pilot the generation of hydrogen from tidal power and wind and its reconversion to electricity to power port operations.

This was followed with the BIG HIT (Building Innovative Green Hydrogen systems in an Isolated Territory) pilot to manage local grid constraints by generating hydrogen from community-owned wind turbines on two Orkney islands that otherwise would have been curtailed.

Its latest initiative is implementing a plan to use tidal energies and vanadium flow batteries to demonstrate the first continuous green hydrogen production.

Neil Kermode, managing director at EMEC, explains: “Following a technical review looking at how to improve the efficiencies of the [hydrogen] electrolyser we assessed that flow batteries would be the best fit for the energy system. As flow batteries store electrical charge in a liquid rather than a solid, they can provide industrial quantities of power for a sustained period, can deeply discharge without damaging themselves, as well as stand fully charged for extended periods without losing charge.

“These are all necessary qualities to integrate battery technology with the renewable power generation and hydrogen production process.”

Another major island initiative is the EU-supported Seafuel project, which is working to demonstrate the viability of green hydrogen produced from solar, wind and marine energies as a fuel for local transport.

The participating islands are Tenerife in Spain, from where the project is being led, Madeira in Portugal and Aran in Ireland. The intention is the model can be replicated on other islands.

As part of its remit Seafuel is carrying out an assessment of all the regions of Europe and has produced a hydrogen readiness map for all the islands in the Atlantic. According to the map, Tenerife and Madeira are the most ready based on a range of local policy, energy, environmental and other criteria.

Perhaps not surprisingly the least ready are the smallest islands, mainly of Scotland and Ireland where they are most numerous.

All these projects focus on parts of the hydrogen value chain, which makes the latest project Green Hysland, which launched on Mallorca in January, particularly noteworthy.

The five-year EU supported project is the first to aim for a full island green hydrogen ecosystem. It targets the generation, distribution and use of at least 300 tonnes of renewable hydrogen locally per year, produced from solar energy.

Six end-user applications are proposed, including powering buses and rental vehicles, combined heat and power applications at commercial buildings, electricity supply for port operations and the injection of green hydrogen into the local gas grid.

“Projects like Green Hysland are a sign of the importance of coordination and cooperation to advance in the decarbonisation process,” says Antonio Llardén, president of Spanish energy company Enagas, which is coordinating the initiative.

“The entire value chain is represented in the project, which ensures both the deployment of infrastructure for the production of green hydrogen and its use in final applications.”

The project is a major initiative for the region and is expected to form the basis for the first green hydrogen hub at scale in southern Europe.

The project also is expected to inform the decarbonisation of Europe’s island economies, with the intention to enable scalability and replicability through provision of a roadmap to 2050.

Replication islands include Tenerife, Madeira, Ameland in the Netherlands, the Greek Islands and Aran Islands – this latter to be led by the National University of Ireland Galway, which is one of the few participants in both Seafuel and Green Hysland projects.

“Islands like this can use their excellent renewable energy sources to strengthen and accelerate energy security and the low carbon transition,” comments Dr Thomas van Rensburg, of the School of Business and Economics at NUI Galway.

“We will be able to examine our ability to replicate green hydrogen deployment on Ireland’s islands, including the Aran Islands and Valentia, with their excellent renewable energy potentials.”

Such is the interest that the project has attracted participation from as far afield as Chile’s national hydrogen association H2 Chile.

Chile is positioning itself as a leader in hydrogen development in the region and is the first to publish a national strategy. With desert level solar potential in the north and wind potential rivalling offshore locations in the south, Chile anticipates producing among the lowest cost green hydrogen by 2030.