Redonda: The Caribbean island transformed into an eco haven 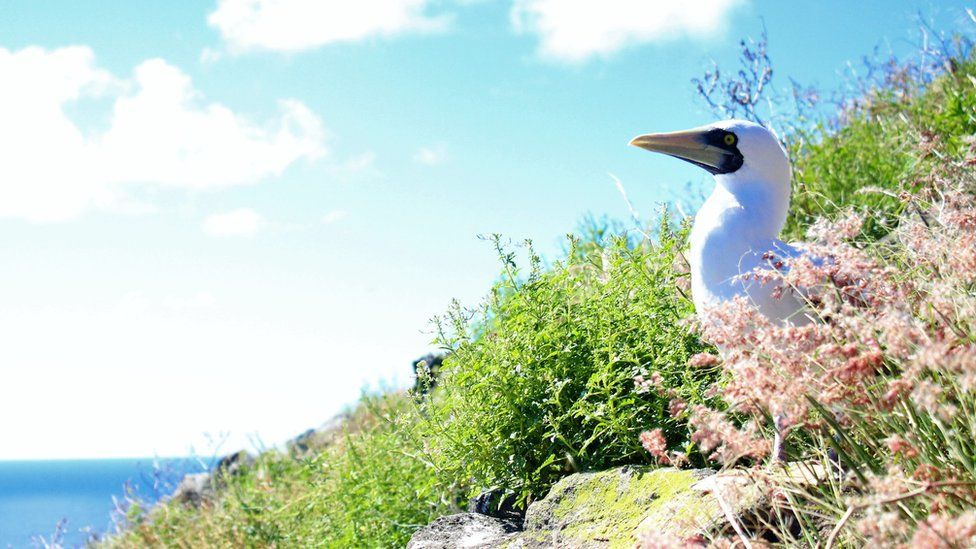 There are no resorts, no beaches, no amenities, and its contribution to the national GDP is practically zero. Yet the mile-long rocky isle of Redonda in the Caribbean Sea is deemed one of the most valuable spots in the region.

Virtually untouched by humans for centuries, Antigua and Barbuda’s lesser-known third island has long been a key nesting site for migrating birds from across the world and home to wildlife found nowhere else on Earth.

When environmentalists first touted the idea of entirely removing thousands of invasive black rats and a herd of feral goats threatening this wildlife, it seemed ambitious at best.

Fast forward five years and uninhabited Redonda’s once barren terrain is today a fertile eco haven, teeming with fresh new vegetation while populations of birds and endemic lizards have soared.

Work began in 2016 but the project’s real success was only revealed recently when conservationists made their first trip back in 18 months.

Shanna Challenger, of the country’s Environmental Awareness Group (EAG) which undertook the work alongside the government and international agencies, says it was an “emotional moment”.

“It was such a stark contrast from the first time I saw Redonda in 2016 when it was literally crumbling into the sea,” she recalls.

“As the helicopter got closer, I could see all these little circles of green and I realised they were brand new trees and shrubs. Not only has the vegetation recovered, it’s thriving.”

Prior to their relocation, the long-horned goats introduced by early colonists 300 years ago had steadily eaten almost all of Redonda’s plants to the extent they were starving to death.

The rodents, which arrived with a 19th Century guano mining community, were preying on reptiles and eating rare birds’ eggs.

Removing both species was not without its challenges. The timid goats, unused to human contact, were corralled and flown by helicopter to farmers on the mainland keen to breed them for their drought-hardy genes.

Eradicating the rats involved painstakingly laying bait in nooks and crannies across the landscape, flavoured with everything from peanut butter to chocolate “to make sure we got the picky ones”, Ms Challenger explains.

The bait was laced with a pesticide irresistible to rats but unpalatable to birds and reptiles.

Fauna & Flora International (FFI), which was also involved in the project, has successfully eliminated non-native mammals from around 25 islands since 1995, but Redonda’s unforgiving volcanic topography presented special obstacles.

“We also dropped bait by helicopter and had climbers abseiling the cliffs to ensure no part of the island was missed,” Ms Challenger says.

Redonda was officially declared rat and goat-free in July 2018. The team made regular trips back to monitor progress before transportation problems were exacerbated by the coronavirus pandemic.

Brown boobies with chicks, red-billed tropicbirds, frigates and peregrine falcons were among the sights which greeted them on their return.

“And don’t even get me started on the lizards,” Ms Challenger grins. “The vegetation means they have more insects to eat and their numbers have expanded so much, they’re literally crawling over you.

“It was a humbling moment to see these critically endangered species able to thrive in a habitat that’s appropriate, and the impacts of our work so obviously and visually displayed.”

No rats, plenty of lizards

The island’s erstwhile 17 plant species have also skyrocketed to 88, including a new ficus tree, cactus and fern, while more than a dozen species of land birds have reappeared.

And the team was delighted to find no sign of the rats.

One percent of the world’s brown boobies breed on Redonda, Helena Jeffery-Brown, of the government’s environment ministry, tells the BBC.

“It’s been amazing to rehabilitate the home of a globally significant species,” she says. “Historically, you couldn’t walk a step on Redonda without standing on birds’ eggs and we are slowly bringing it back to where it was. I’m over the moon with what we’ve achieved.”

FFI’s Dr Jenny Daltry says Redonda is “a model” for how other Caribbean islands where invasive species have devastated indigenous wildlife can be brought back to life.

“Redonda has transformed, right before our eyes and quicker than we’d believed possible, from bare rock into a green jewel of an island,” she explains.

“At a time when so much of the news about the state of our planet is understandably downbeat, the rebirth of this island shows that if we give nature a chance, it can and will bounce back.”