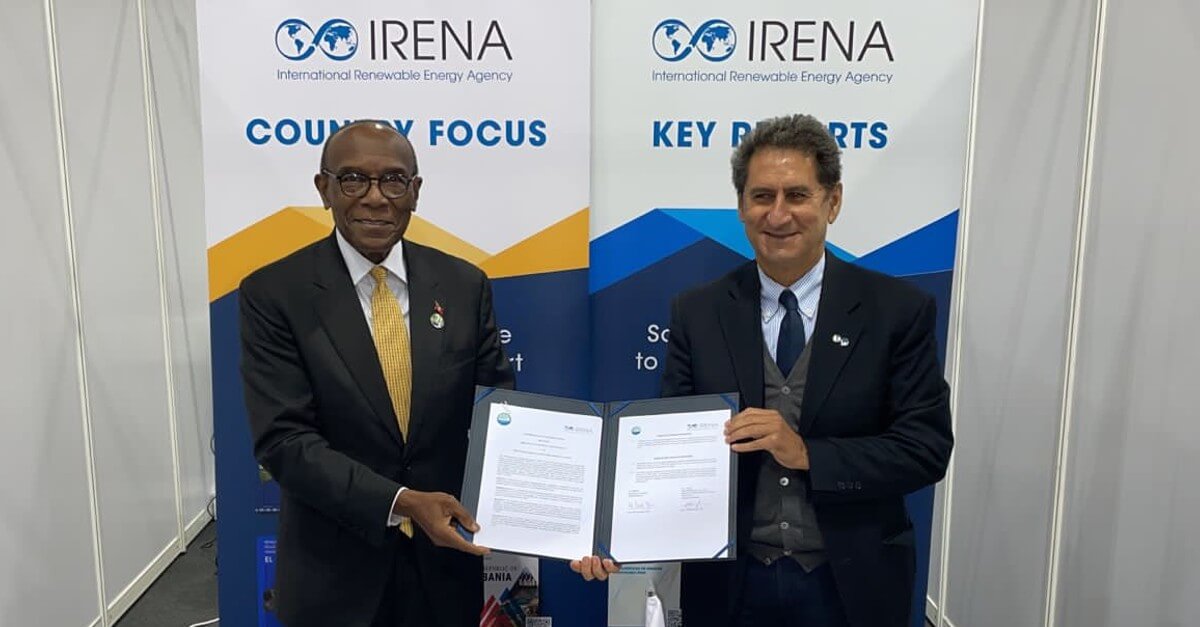 The International Renewable Energy Agency (IRENA) and the Alliance of Small Island States (AOSIS) have signed an agreement that will see the two organizations work closely to mobilize climate finance and to advance the deployment of renewable energy across Small Island Developing States (SIDS).

According to an IRENA analysis on the first round of nationally determined contributions (NDCs) conducted in 2019, around $16 billion of financing is needed by 2030 to achieve their respective targets SIDS. In September this year, AOSIS and IRENA through the SIDS Lighthouse Initiative committed to achieving a total of 10 GW installed renewable energy capacity in all SIDS by 2030 under a joint energy compact submitted to the UN. At the end of 2020, around 6 GW of renewables were operational in SIDS.

The signing ceremony took place at the AOSIS pavilion – the first time the Alliance has secured a space for small island representation at COP – between IRENA Director-General Francesco La Camera and H.E. Mr. Molwyn Joseph, Minister of Health, Wellness and the Environment of Antigua and Barbuda and Chair of AOSIS.

“The plight of small islands around the world must serve as a continual reminder of the urgency to act,” says Francesco La Camera, director-general of IRENA. “The enthusiasm witnessed at this COP must now be translated from commitments to action in the months and years ahead of us. In that context, IRENA and AOSIS will redouble efforts to maintain the energy transition leadership shown by island nations since the signing of the Paris Agreement by working to mobilize climate finance and bolstering the implementation agenda.”

“IRENA has been a steadfast supporter for the work being undertaken in our island countries in accelerating transition towards renewable energy for almost a decade, and so we’re very pleased now to finally make it ‘official’,” says Joseph.

IRENA and AOSIS, through this cooperation will also support the enhancement and implementation of NDCs and the pursuit of sustainable development in SIDS. Other areas of cooperation will include strengthened coordination of the SIDS agenda and action through information and knowledge exchange, tailored capacity building activities, assessment opportunities for renewable energy use and applications and the publication of technical papers on energy transition and climate action for the Atlantic, Indian Ocean and South China Sea (AIS), Caribbean and the Pacific regions.