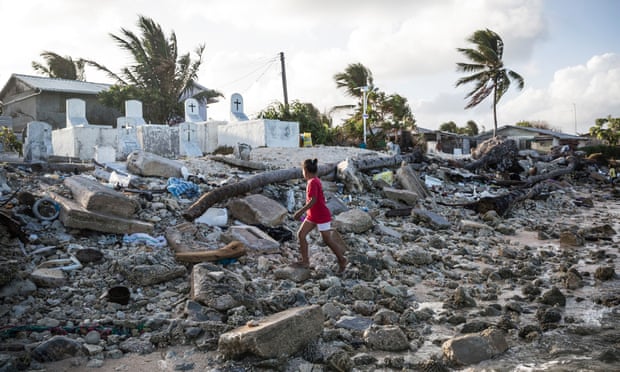 Large parts of Pacific country’s capital would be permanently flooded and islands would disappear, according to new projections

Projected sea level rise would mean 40% of the buildings in the Marshall Islands’ capital of Majuro would be permanently flooded and entire islands would disappear, potentially costing the Pacific country its status as a nation, according to a devastating new report from the World Bank.

The Marshall Islands is a country in the north Pacific, halfway between Hawaii and Australia. It has a population of 59,000 and a land mass of just 180sq km, consisting of 1,156 individual islands. It is one of the countries considered most at risk of disappearing due to sea level rise.

Artessa Saldivar-Sali, the World Bank disaster risk management specialist who led the work on the report, said the modelling shows the Marshall Islands could lose significant and crucial parts of its land and infrastructure.

“With a 1-metre sea level rise, we project that about 40% of buildings in the capital, Majuro, would be permanently inundated, permanently flooded. So that is a quite big impact,” she said.

In addition to every two in five buildings being permanently flooded, up to 96% of the city, with a population of 20,000, would face frequent flooding.

“It’s always been a dark future, but now that dark future is becoming more clear,” said Kathy Jetñil-Kijiner, a poet and climate envoy from the Marshall Islands.

Jetñil-Kijiner said she was shocked to learn that her island would be so badly affected.

“One of the islands listed as being 100% underwater, completely covered, is Jaluit, which is actually the island where my family comes from,” she said. “It’s the land that my daughter is named after. So, when I saw that, I had to tell my family that this is about to happen, they needed to be aware of this. It really hit hard.”

The modelling done for the report is unique, in that it combines sea level rise and flood scenarios with the geography of exposure to the population, assets, buildings and other infrastructure to better determine the actual impacts. Its visualisation tool shows a building-by-building breakdown of what various sea level rises would mean for the atoll nation.

Saldivar-Sali said by being so specific with the modelling, they can better assess the broader impacts.

“It amounts to coastal erosion, more houses falling into the sea, significant land loss, and saltwater intruding on freshwater sources, which obviously has a really big impact on agriculture and on the availability of water supply,” she said.

“With this level of inundation, for daily life to continue, some serious adaptation measures would be necessary, such as raising floor levels, raising land levels or relocating buildings inland. All these options come with a cost, however. With the detail provided in the study, schools, businesses and housing developers could see where low-cost options (such as moving a building site a few feet) will have longer-term benefits in adapting to and dealing with sea level rise.”

On top of the effects on individual livelihoods and the environment, the loss of land also presents a legal issue for the Marshall Islands.

“A key issue is the way that international law draws the difference between an island and just a rock, is whether this piece of territory is capable of sustaining human and economic life of its own,” said Duygu Çiçek, the author of the Legal Dimensions of Sea Level Rise, who advised the World Bank on the report.

“Under international law, statehood is established on the presumption that they will continue to be a state, with stability, a defined territory and population. So, the question remains of whether the Marshall Islands’ territorial elements being challenged by sea level rise would lead to any impairment of statehood,” she said.

Another legal concern for the Marshall Islands brought on by sea level rise is that of losing its vast exclusive maritime zone and therefore access to crucial fisheries that provide much of the country’s food and contributes significantly to its GDP.

This is something Pacific island nations, including the Marshall Islands, are well aware of and have begun taking action on.

In a declaration published by the Pacific Islands Forum in August, Pacific leaders committed to fixing the baselines of maritime zones, so that in the event of islands shrinking or disappearing, nations retained the same amount of ocean territory.

Saldivar-Sali said the new report, while highlighting a bleak future, should empower decision-makers and communities to understand their options.

“This could include things like raising land, reclaiming land, or even consolidating population within an island. For the people of the Marshall Islands, international migration is the option of last resort,” she said. 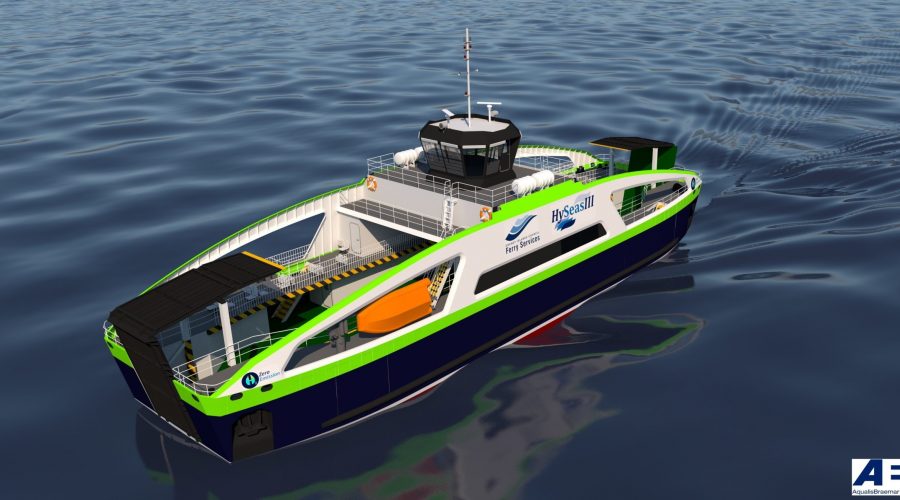 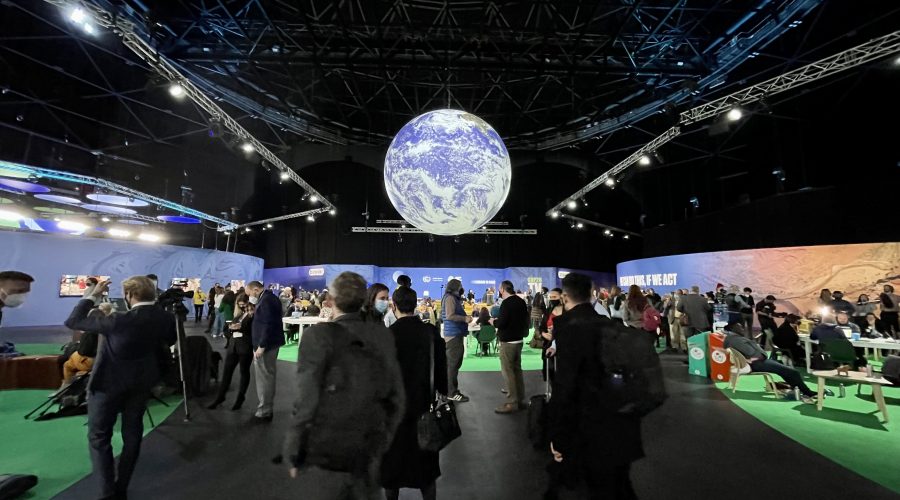 Leaders in Glasgow finally acknowledge islands are uniquely threatened by climate change, but measures do not match urgency 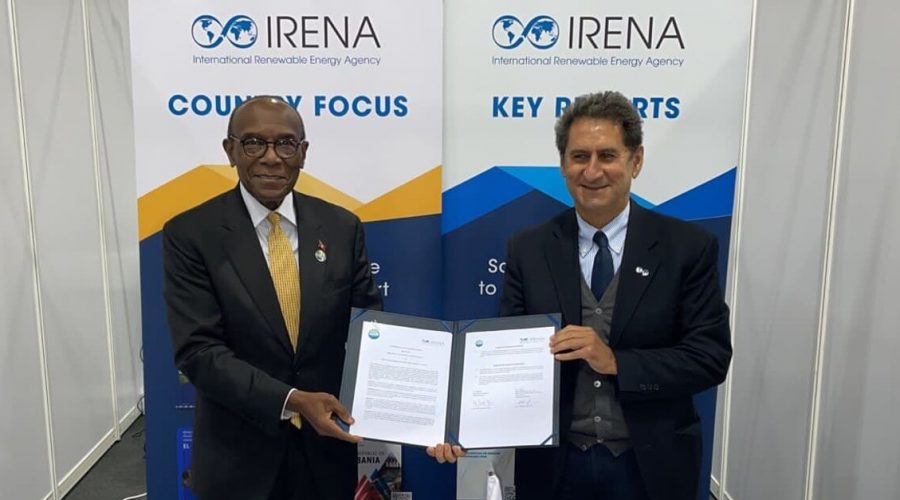