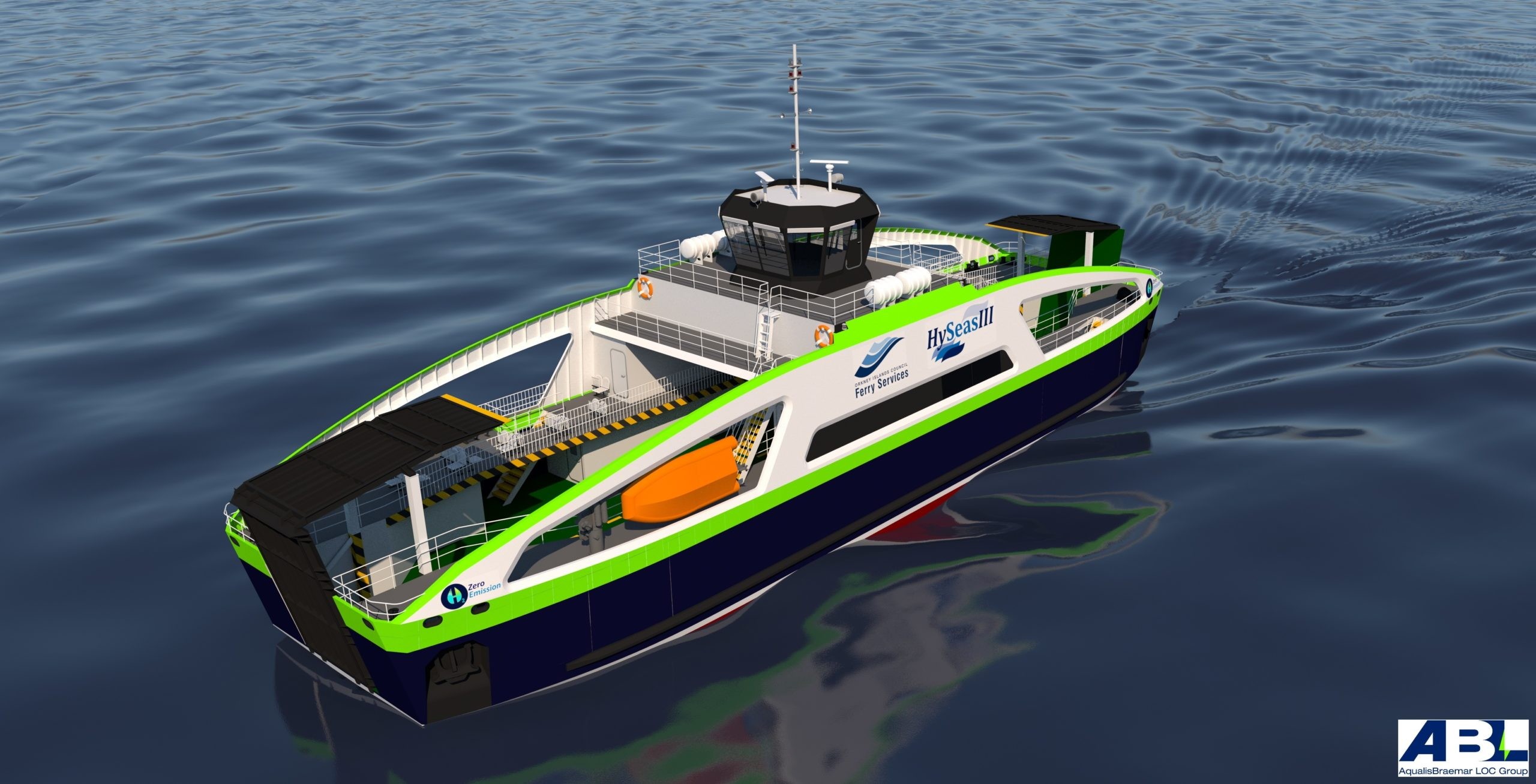 When innovative companies, government institutions, and universities join forces to bring positive changes, the result can only be a great one. Hyseas III is a unique project that aims to not only develop a hydrogen fuel cell-powered ferry, but also make good use of renewable energy resources.

Caledonian Maritime Assets (CMAL), St. Andrew’s University, the Orkney Islands Council, and several European organizations are participating in the Scottish-led project of Hyseas III. Initiated in 2013, Hyseas was meant to research and develop hydrogen-powered vessels. The first two phases focused on demonstrating that fuel cells can be effectively integrated with maritime hybrid-electric drivetrains, together with hydrogen storage and bunkering solutions.

According to project representatives, maritime transport is the UK’s largest source of greenhouse gases. On the other hand, the UK also benefits from the enormous energetic potential of wind and waves. The Orkney Islands, in Scotland, are already exploiting the power of wind, tides, and waves, but because of its limited connection to the land-based power grid network, any excess renewable energy cannot be exported and used. 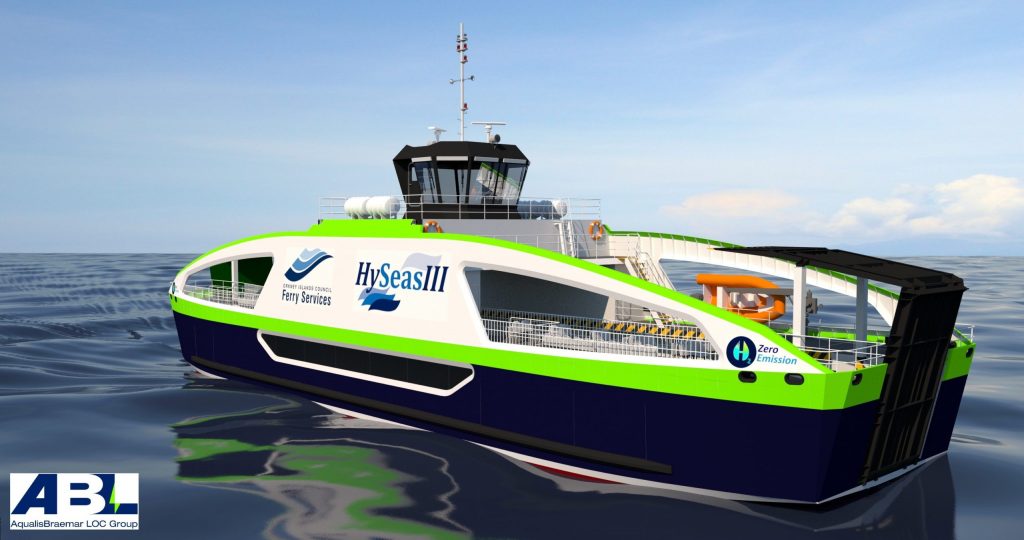 The solution? Orkney’s excess renewable energy could be used to produce hydrogen, which would then be stored under pressure and used to power local transport, such as a ferry fleet. The developers have recently unveiled what this future ferry will look like. Designed by AqualisBraemar LOC Group, this sea-going ferry will have the capacity to transport 120 passengers and 16 cars, or two trucks.

Initially, it will operate between Kirkwall and Shapinsay, in Orkney, but it can expand its operating area, as soon as other ports start producing hydrogen as well. Tests are currently being performed in Bergen, Norway, to confirm that the project’s fuel cell/battery system can meet the new vessel’s requirements.

Thanks to the local process of obtaining hydrogen, using only excess wind power, this will be the first European ferry powered entirely by renewable energy. Both the production process for hydrogen and its use as fuel don’t emit any toxic by-products.

The Hyseas hydrogen fuel cell-powered ferry’s design is set to be completed and approved by the beginning of 2022, when construction is scheduled to start.