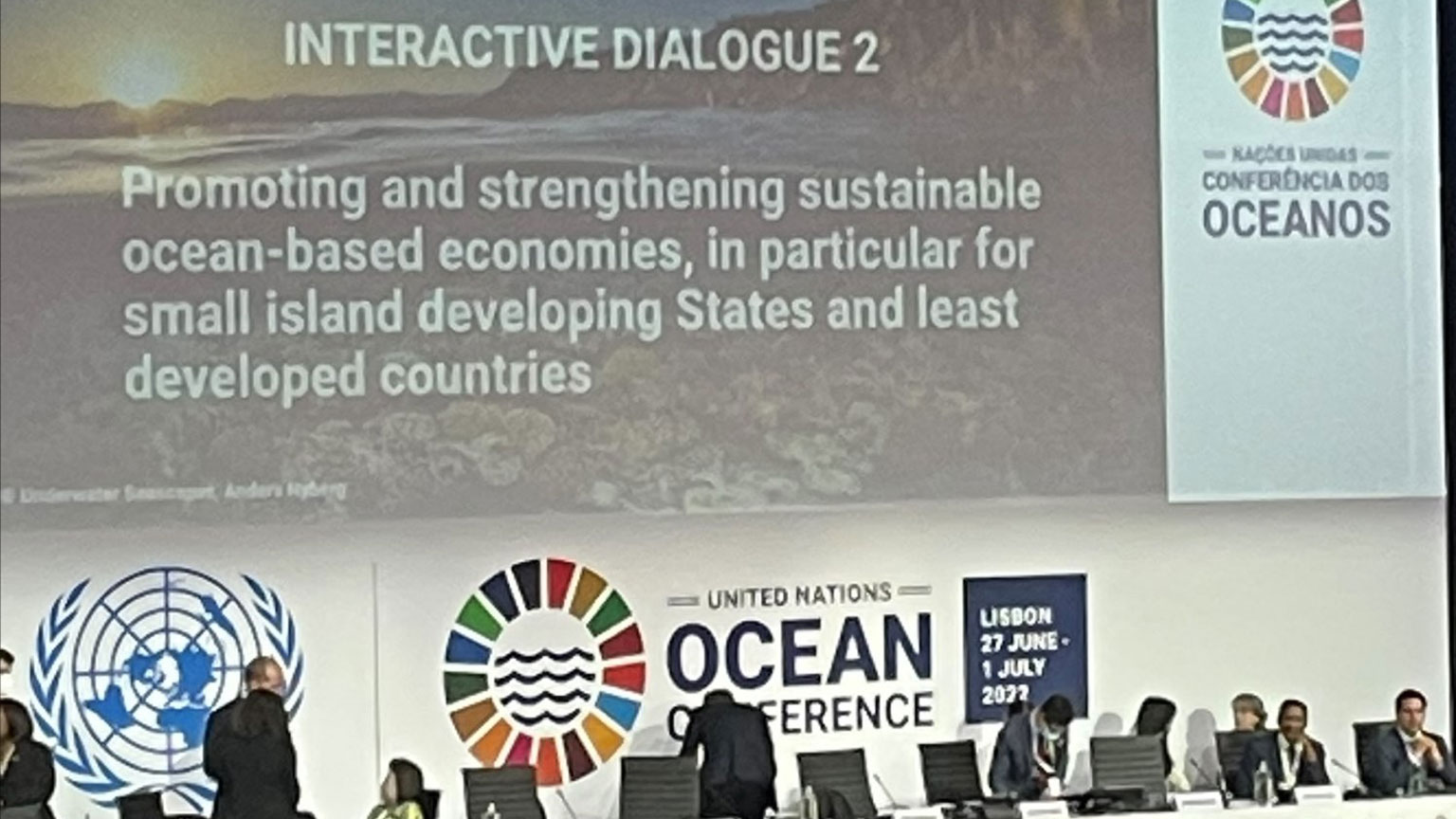 Earth’s largest biosphere, oceans are vital for many reasons. They nurture 80% of life on our planet, generate 50% of the oxygen we breathe and absorb 25% of all CO2 emissions, while providing food, jobs, minerals and energy needed for life on the planet to survive.

However, research shows that oceans are facing unprecedented threats as a result of human activities. Low-lying nations and coastal cities face flooding more frequently and more intensely. Overfishing is widespread while global warming continues to cause coral bleaching, which, alongside wastewater and plastic pollution, creates vast coastal dead zones and leads to declining marine species populations.

Protecting our oceans is imperative for tackling climate change, food insecurity, future diseases and pandemics, diminishing biodiversity, and economic inequality. Subsequently, the overarching theme of the UN Ocean Conference (UNOC) – that took place between 27 June and 1 July in Lisbon – was achieving SDG 14: Life Below Water (currently the least funded of all the SDGs), with a focus on finding and financing technology-driven innovative solutions to build ocean resilience.

The conference, hosted by Portugal and Kenya, was called to address “unprecedented threats to the Oceans from human activities,” and issues such as climate change, food insecurity, diseases and pandemics, diminishing biodiversity, economic inequality and conflicts. All 198 members of the UN unanimously adopted the Lisbon Declaration on ocean conservation at the end of the conference, pledging to take “science-based and innovative actions on an urgent basis.”

I had the great opportunity to participate in UNOC as a Greening the Islands Ambassador.  I was able to meet a lot of interesting people around the conference. On the first day, I participated in the opening ceremony where I had the opportunity to watch and listen the speeches of the President of Portugal Marcelo Rabelo de Souza and of the Secretary-General of United Nations, Antonio Guterres. I also participated in a high-level session entitled  “Leading By Doing – Latest large-scale actions and new announcements on ocean conservation”, which featured a great intervention from the Deputy Ministry of Environment of the Dominican Republic Milagros de Camps and Jake Kheel from Grupo Puntacana Foundation.

The high point session out of those in which I took part was the Interactive Dialogue 2, aiming to promote and strengthen sustainable ocean-based economies in particular for small island developing states and least developed countries, where many potential new Greening the Islands partners were present. I had a fantastic opportunity to meet Yara Rodrigues, an inspiring woman, evolutionary biologist, promoter and next Einstein forum ambassador for Cabo Verde, and Ursell Arends, the Aruba Minister of transport, integrity, environment and senior affairs, both of whom were very friendly and encouraging about my work. Also, I met the journalist Mustapha Manneh, west African Regional Editor of China Dialog and the journalist Kebba Jeffang Jnr from Gambia. I also had great conversations with Amisha Patel, head of policy & public affairs for Mainstream Renewable Power and the amazing and helpful Rebecca Williams, global head of offshore wind at the Global Wind Energy Council.

I had a fantastic experience and a great time at the UN Ocean Conference. I did not just exchange business cards, I made new friends and hopefully grew the professional network for my future work with Greening the Islands.

On a wider level, UNOC was a great step forward to creating a common understanding of how central the oceans are to meeting the world’s most important sustainability and climate goals. It’s clear that islands in particular have a special role to play and that by bringing together a diverse group of stakeholders, we can take practical actions to decarbonise economies and communities while protecting and restoring our oceans.

A lot still needs to be done to upscale conversations on climate and energy and on ocean conservation – but for me, UNOC was a great place to start. 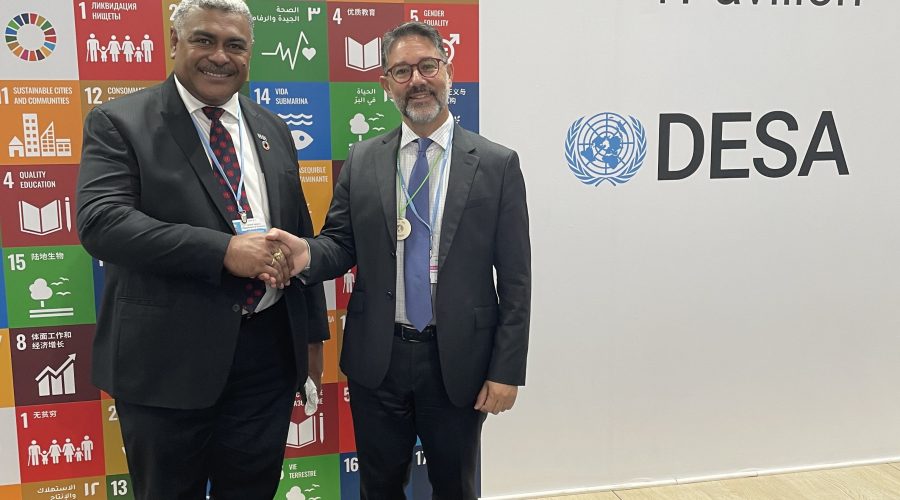 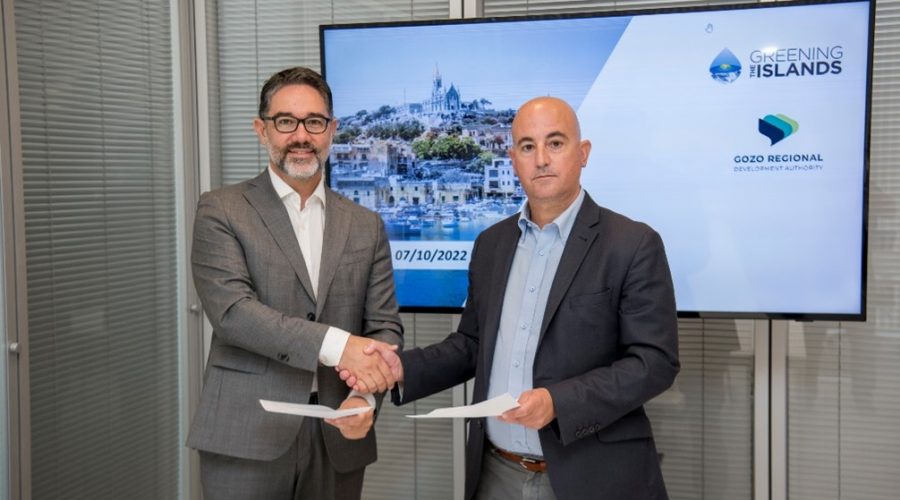