INSULEUR’s General Assembly took place on the 30th of November 2022, at the Expomeloneras in the Gran Canaria. Fifty participants from European insular chambers of commerce coming from Spain, Greece, Malta, Portugal, and Italy, attended the General Assembly. This was hosted by the Canary Islands government with the support of the Gran Canaria Chamber of Commerce.
The General Assembly opened its session with the interventions of: INSULEUR’s President, Joseph Borg; the President of the Cámara de Comercio de España, José Luis Bonet Ferrer; the President of the Chamber of Commerce of Gran Canaria, Luis Padron; the delegate of the Government of the Canary Islands in Brussels, José Sánchez Ruano; and the Secretary General of the Greek Ministry of Maritime Affairs and Insular Policy, Manolis Koutoulakis.

The speakers highlighted the role of INSULEUR as an important instrument to support insular regions, promoting initiatives and projects targeting the economic development of these territories, and highlighting both at a national and an EU level, the issues faced by islands. This is done with the intent of encouraging Governments and EU institutions to formulate policies to target these same issues.
Joseph Borg, President of INSULEUR during his intervention highlighted that: “INSULEUR has and will continue to remain an important organisation in putting forward the agenda of islands at all levels, and I am happy that more islands are realising this and joining our organisation.” The Assembly in fact, saw the admission of three new members: The Chamber of Lanzarote and La Graciosa (ES), the Chamber of Cagliari and Oristano (IT), and the Chamber of Messina (IT).

The activities of INSULEUR’s Presidency during the last semester were also presented by the President of INSULEUR Joseph Borg. They included amongst others INSULEUR’s participation to the Eurochambres Affiliated and Correspondent Members Meeting as well as to the 9th Greening the Islands E-Convention.

Daniel Borg, member of INSULEUR’s Technical Committee, presented INSULEUR’s position on the proposed rise in taxes for aviation and maritime fuel. He highlighted that “while remaining fully committed to the EU’s green deal objectives, INSULEUR considers that the increase in transport costs resulting from the revision of the Energy Tax Directive will have a higher and disproportionate impact on citizens and businesses located in EU islands, with an adverse impact on the economic and social cohesion in the EU“.

The Assembly then gave the floor to INSULEUR’s vice-presidents and to the representatives of the EU insular chambers. They discussed the impact of the COVID-19 pandemic, especially as regards tourism and the supply chain; a situation which has been compounded by the war in Ukraine. The representatives however also focused on the challenges ahead, mainly the crises resulting from the impact of climate change, and the rising energy prices. They identified the upcoming Conference of Peripheral Maritime Regions (CPMR) meeting in Mallorca at the start of the Spanish presidency as the next important milestones towards the recognition of the “insularity” factor and for a more targeted policy approach towards islands.

INSULEUR also participated in the European Tourism Islands Convention which followed the General Assembly, on Wednesday 1st and Thursday 2nd December. INSULEUR coordinated a round table discussion on “Monitoring the European Transition Pathway for Tourism”. This provided an important platform for discussing the tourism issues faced by islands, from a research, policy and business perspective.

The round table was moderated by EESC member, Athanasios Ioannidis.

Speakers at this round table included: Claudia Guzzon, Executive Secretary of the Islands Commission of the Conference of Peripheral Maritime Regions (CPMR); Gianni Chianetta, Founder and Director of Greening the Islands (GTI); Giovanni Ruggeri, President of the European Observatory on Tourism in the European Islands (OTIE); Eleftherios Kehagioglou, President of the Hellenic Small Islands Network, European climate ambassador in Greece, Vice-Chair of the European Small Islands Federation, Municipal Councillor for Hydra; Maria Frontera, President of the Hotel Business Federation of Mallorca (FEHM); and Nick Tsipiras; Member of INSULEUR. All the participants at the round table highlighted the importance of tourism. Nonetheless, they also highlighted that tourism needs to become more sustainable in order for it to continue to thrive in the respective islands. 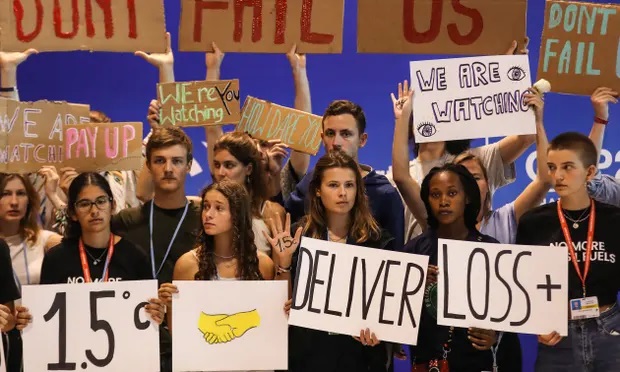