Project shows the advantages of electromobility at Malta port 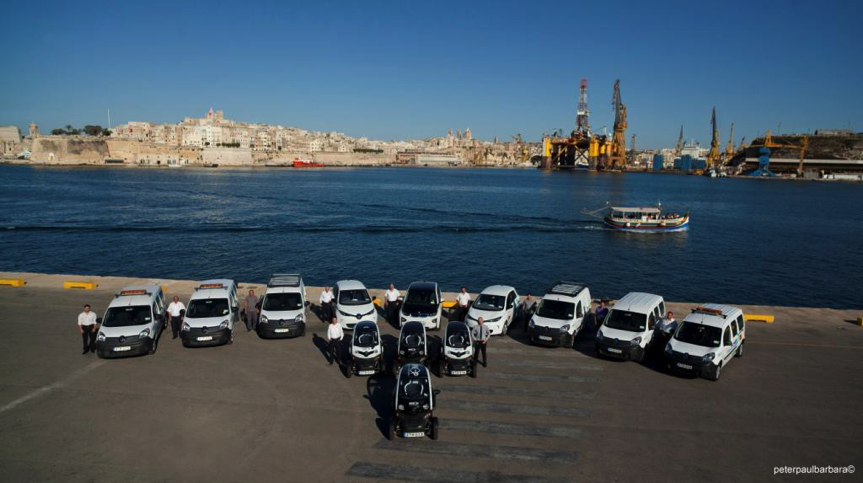 Seeing is believing, so the saying goes. But for the port of Malta, a demonstration project targeted at showing the practicability of electromobility solutions ended up convincing the authority of the economic and environmental benefits of doubling its fleet of electric vehicles.

The PORT-PVEV project brought together national regulator Transport Malta and the Ministry for Transport and Infrastructure along with two port authorities in Sicily. The one-year demonstration project implemented in Valletta sought to show how carbon, air and noise emissions could be reduced from economic activities around the port. Its success comes as the Maltese government is offering grants of € 4,000 for electric vehicle purchase (and a further € 1,000 if an old petrol or diesel vehicle is de-registered at the same time).

The Malta project had three main elements: installation of 1,460 square meters of solar panels on the port administration buildings; installation of three solar car charging stations; and the operation of 13 electric vehicles. The set-up was studied in order to provide indications for ways to further decarbonise port areas. “The PORT-PVEV project was designed to combat [common] misconceptions by targeting both the public at large and, more specifically, private companies who own and operate large vehicle fleets,” commented the project partners. “The latter were considered to be the main target audience” because they will have the scale to deploy large numbers of electric vehicles and stand to benefit most from cost savings.

The result of the testing and evaluation done in the project suggested that deploying such electric vehicle solutions are part of a company fleet is not only feasible, but “highly advantageous”. The project found that using electric vehicles would save the port authority thousands of euros a year in fuel savings and that the infrastructure in place was sufficient to deploy a further 11 electric vehicles, meaning up to 92% of Transport Malta’s fleet could go electric. At the same time, carbon emissions would be reduced.