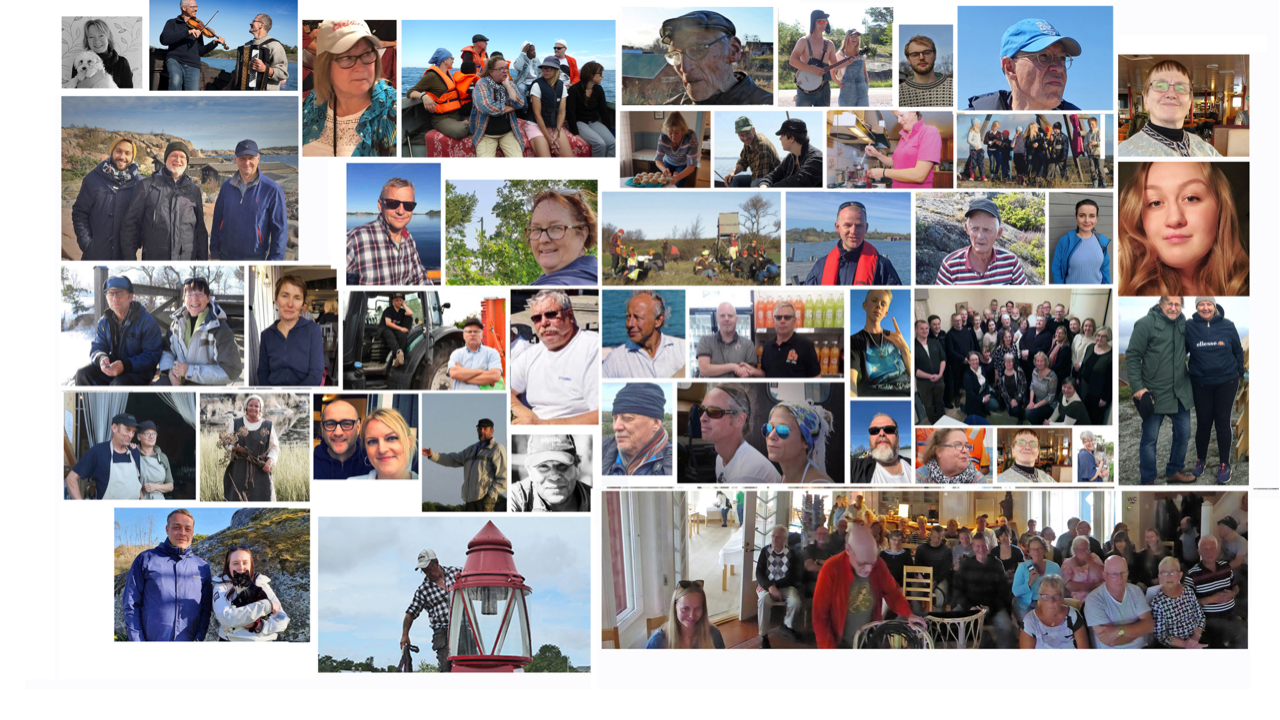 The original objectives were:

Eventually it became clear to us that to be sustainable, we first had to be habitable. If the island does not have a viable population, it cannot be sustainable. The objectives changed to:

Kökar is an independent municipality and the project was led by the municipality with a very strong participation from the community. 130 people out of our population of 232 actively participated. We talked to each other, googled, read, listened, chatted and argued. We had a large number of meetings, lectures, workshops, sub-projects, committee and board sessions. We called in researchers from universities. Gifted students from KTH, Linköping University, Jyväskylä, Barcelona and Texas had us as a study object.

Most of all, we never forgot that we ourselves are the real experts on our island. That’s why we came to focus on habitability, instead of sustainability. We believe that what determines whether we are a sustainable society, or not, is whether Kökar is a habitable island. If those who were born and raised here want to stay or move back, if new families move here, if there are children in school, if there is work, housing, marine connections, service and security – then we are habitable. If there is a mixed population of all ages, genders, origins and opinions all year round we might call us habitable and become long-term sustainable. If we are not habitable we are not resilient and will become obsolete and depopulated.

The project team has engaged the residents of the island through social media, posters in the local grocery ship and on the ferries, letters to all residents, movie presentations on the municipality’s web page and on social media, and through local and regional media (who were very curious and interested in the project). We were careful to reach school children, elderly people and the workforce of the island.
The project team participated in local political committee and board meetings, eventually submitting a draft for a habitability plan to the Municipal Board and Assembly, which in the end was unanimously approved. The process is described here:
https://www.youtube.com/watch?v=CZ54T60o_8o
Eventually, the project has reached 12 European islands. In the autumn of 2021, tstate funding was approved to Åbo Academy to realize habitability planning on all Finnish islands.

In the third year of the project, the energy situation of the island became a major issue of its habitability with almost no fossil-free energy sources and high energy spending for marine transport. The project wrote an application to the EU Horizon 2020 program with our Habitability Plan as a context for the transition needed. In November 2020, Kökar was granted 1.2 MEUR to make the municipality fossil-free.

The ecosystem services at sea and on land were carefully analyzed. Islanders were inspired to organise sustainable tourism, to produce local carbonated water instead of importing water in plastic bottles, and to integrate immigrants in the small society.
The participative process, the creative and singular “habitability” touch, and the fantastic outcome regarding energy transition together with intense media coverage has boosted the self-esteem of the island community and their small-scale political system, knowing “it was we who made it”. How the islanders feel about “habitability” was documented in a film (alas only in Swedish, habitability is “bobarhet” in Swedish) https://www.youtube.com/watch?v=7bAPmMPhcV4

Adaptation to climate change in macaronesia through the efficient use of water and its reuse. Obj 3: demonstration, o