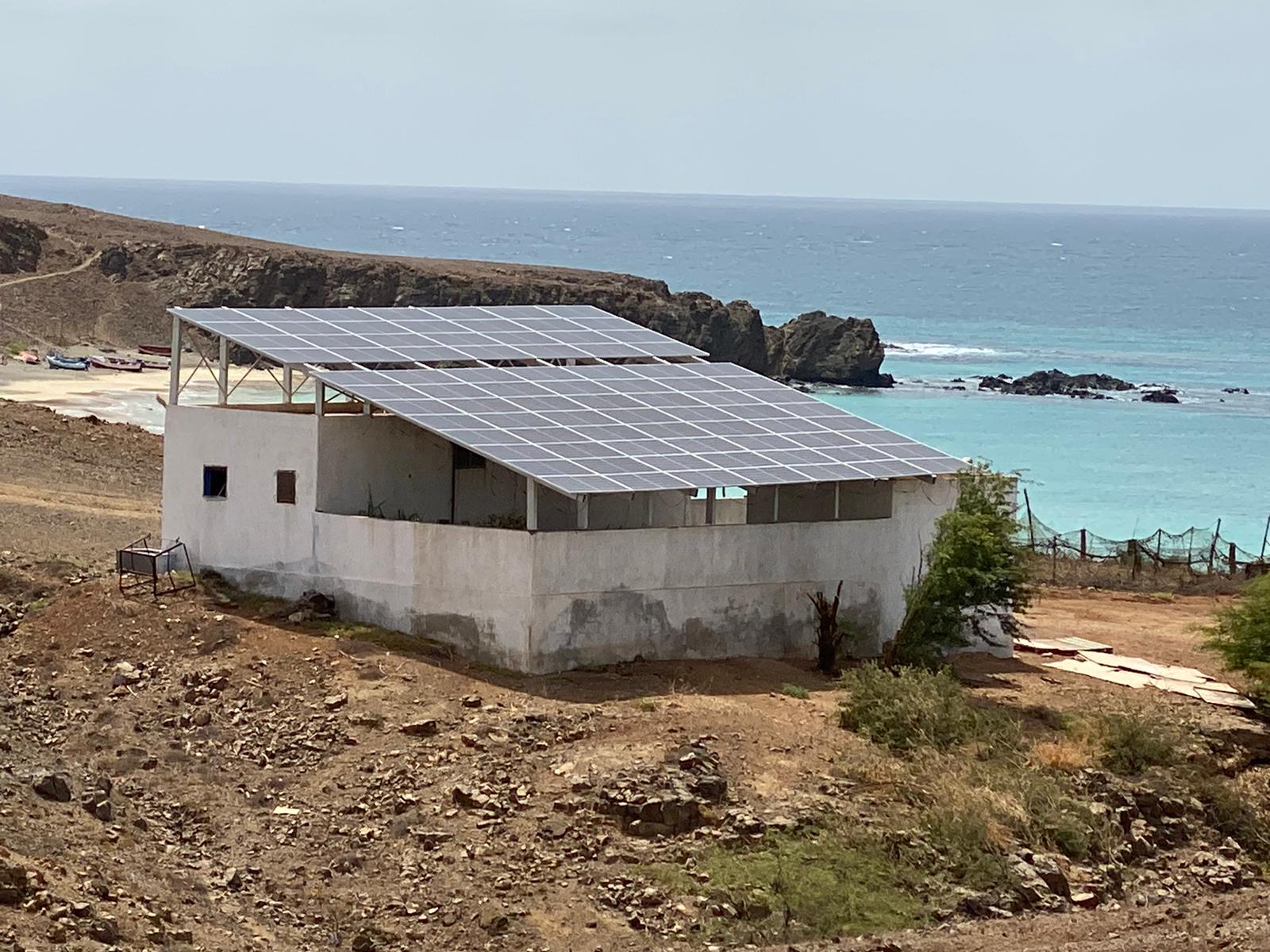 CÂMARA MUNICIPAL DE MAIO (CMM) is the owner of the desalination plant of Ribeira Dom João. During the implementation of the intervention, the specific role of Câmara Municipal do Maio can be seen in the Collaboration Agreement between ITC, Câmara Municipal do Maio (Council of Maio) and ITC’s partners in Cape Verde: the National Agency of Water and Sanitation (Agência Nacional de Água e Saneamento) and University of Cape Verde (Universidade de Cabo Verde) (see Annex I).

This initiative, which combines technology transfer, international cooperation and a demonstration of sustainable access to drinking water, ensures the water supply to the population of Ribeira Dom João and Figueira Seca, in the island of Maio, Cape Verde, reshaping and enhancing the output capacity of the seawater reverse-osmosis desalination plant with the highest energy efficiency possible and removing the use of fossil fuels by the implementation of an isolated photovoltaic (PV) solar energy system.

Taking into account the instability of the water supply system in Ribeira Dom João, Instituto Tecnológico de Canarias (Institute of Technology of the Canary Islands or ITC) considered the possibility to transfer its knowledge in order to implement some improvements based on the supply and installation of the equipment required to optimise the power consumption of the desalination plant, increasing its output capacity to 120 m3/d with the lowest power consumption possible and, at the same time, to supply energy to the desalination plant by an off-grid, photovoltaic solar energy system. Once these improvements were completed (June 2021), this installation became the first plant of its kind in Cape Verde, resulting in a significant improvement in the quality of life of the inhabitants in Ribeira Dom João and Figueira Seca.

The system has been working smoothly from its start-up and has ensured the water supply with lowest production cost possible, both from the economic and environmental point of view, thanks to the implementation of this desalination technology.  This initiative has accomplished a significant improvement in the quality of life of the local population and in the profitability of their livelihoods and businesses.

This demonstration project has proven to be a feasible alternative for the survival and progress of populations living in isolated territories and with scarce resources without causing an adverse environmental effect, allowing to achieve several sustainable development objectives.

The investment in the works carried out by ITC in the desalination plant in Ribeira Dom João amounts to €133,000. A very significant return is achieved on this investment, since, taking into account the following results, the benefit/profit is more than remarkable:

– The costs incurred to supply diesel to the installation have been reduced from€655 per month to zero.

– The operational costs of the desalination plant have seen a decline (elimination of the diesel consumption, the elimination of the maintenance of the power generator, run and stop control has been automated, etc.) from€2.5-2.75/m3 to €1.6-1.8/m3 (including the amortisation of the improvements).

The production of the plant can be increased by simply growing the number of hours of operation per day and even being operated at night using the diesel power generator, ensuring the water supply even if the water demand is high.

The project, which is 100% renewable and features high energy efficiency properties, comprises an innovative, sustainable technological solution to the continuous supply of drinking water to the population, using photovoltaic solar energy as the only source of energy.

The population of Ribeira Dom João and Figueira Seca is the main beneficiary of this project by:

–              Improving their living conditions and reducing the exodus to other areas.

–              Consolidating the agricultural and tourism activities developed in the area.

–              Increasing profitability in agriculture and encouraging its development, favouring the food sovereignty and giving jobs to a few dozen families.

–              Starting of a new kind of tourism, i.e., tourists with scientific, educational, demonstration or environmental interests.

This higher economic development entails a social and economic growth.